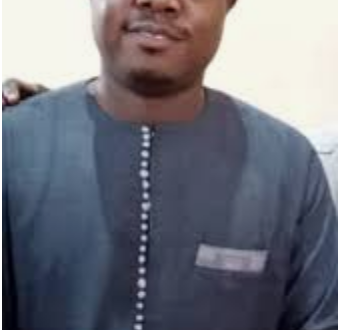 More than 150 weightlifters from across the country have arrived in Abuja, Nigeria’s Federal Capital Territory, FCT for the commencement of the maiden edition of the Inspector General of Police, IGP Open Weightlifting Championship

The competition will hold at the Moshood Abiola National Stadium, Package B Abuja from Wednesday, November 10 to 12, 2021.

The director of sports, Nigeria Police Force, Deputy Commissioner of Police, Patrick Atayero who stated this on Tuesday during a media conference at the Police Headquarters, Edet House, Area 11, Abuja; said the Open Weightlifting Championship is one of the many competitions the Police Force under the able leadership of IGP, Usman Alkali Baba is organising as it regards sporting activities in the force 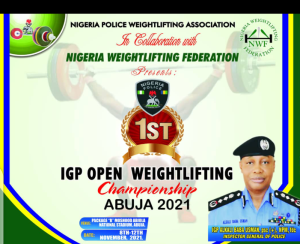 While declaring that the championship would commence on Wednesday, DCP Atayero noted that the competition is organised in collaboration with the Nigeria Weightlifting Federation, NWF.

According to him, “As you are aware, this is one of the many first competitions we are recording this year. As you might be aware, the IGP seeks to promote sports because he sees sports as a veritable tool for the promotion of national cohesion, establishment of peace.

“We are glad that the federation, (Nigeria Weightlifting Federation, NWF) is here. Like I said, it is one of the ways the IGP seeks to promote peace in the country at this time using sports,” he said.

He noted that a total of 150 to 200 lifters are expected to take part in the competition which involves all the police commands in the federation as well as sister security agencies such as – the army, civil defence, fire service, correctional service, customs, immigration, Road safety, among others

“The competition involves our commands within the police and our letters have gone out to all the security agencies – the army, civil defence, fire service, correctional service, customs, immigration – all agencies have been invited to take part.

“The competition starts tomorrow (Wednesday, November 10) and three days after, that is on Friday, will be the closing ceremony.

“We expect a very large turn out. We are expecting between 150 and 200 weightlifters to be part of the competition. It is going to be a very large event,” he said.

On his part, Nigeria Weightlifting Federation, NWF President, Dr Abdul Ibrahim said the competition is part of events the federation is leveraging on in order to restore the past glory of weightlifting in the country

“As you know in the federation, the military and the police are part of the key stakeholders. They have conducted and still conducting several sporting activities. For us, it is about synergising with various stakeholders to bring weightlifting back to its rightful place it deserves to be,” he said.

The young and dynamic president noted that the federation have mobilised coaches from a across the country to fish out talented lifters during the championship.

“We brought in various coaches from different parts of the country and their aim is to scout for new talents. We did same at the Youth Games in Ilorin and we got 10 youths we feel we can develop them.

“We have a data base now where we will harness these talents that we have and bring them in gradually into the national team.”

The IGP Open Weightlifting Championship is the first of it’s kind in the police force and DCP Atayero disclosed that it would be an annual competition.