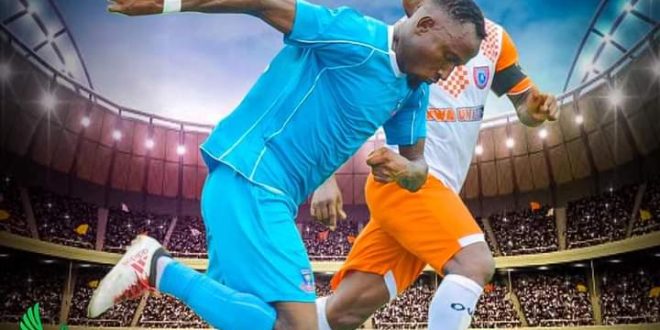 Still in a rueful mood over the devastating 3-0 loss to Gombe United in an NPFL 2021/2022 Matchday 4 at The Patami Stadium Gombe, Lobi Stars having returned to base and fixed the gray areas from that experience are set to vent their anger on defending champions Akwa United in the Matchday 5 at The Aper Aku Stadium Makurdi on Sunday January 9, 2022.

In an all time comparative strength in head to head, a total number of 21 games have been played between the two NPFL giants with each winning 10 games with a draw in between, in the same vein on last five games between the 2 clubs, each won 2 with one draw standing in between.

Speaking to Lobi Stars media, Coach Eddy Dombraye was quoted thus: I am in Makurdi to give Benue people a continental ticket and if that dream is to be fulfilled we need not drop any point in the 17 home games left. Lobi Stars have the players to beat any NPFL Club, they only need the right mentality, the new assemblage can not be an excuse. Our game against Akwa United is all or nothing, it’s a must win and we are just going to do that. He called on all Lobi Stars fans and supporters to turn up enmass to cheer the team to victory.