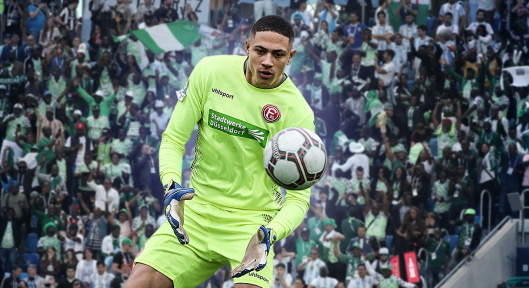 Super Eagles goalkeeper, Maduka Okoye, could not hide his joy after the two year deal with Eredivisie outfit, Sparta Rotterdam on Monday.

Okoye will compete in the Dutch Eredivisie next season and the young goalkeeper is happy with his latest career switch, according to words from his official social media account.

“New chapter in my career,” Okoye said via his Twitter handle. “(I am) happy to be part of the Sparta family.”

The 20-year-old Super Eagles star joins Rotterdam on an initial two-year deal with an option for a further two years after passing his medicals.

Speaking on the move, Henk van Stee had this to say about the Nigerian youngster as he expressed his happiness with their latest arrival. 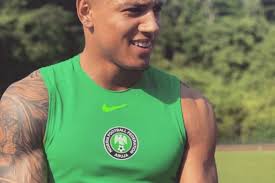 “With Maduka, we bring in a great talent, who has a lot of potential.” he said. “There were  interests from several clubs from different countries, but we believe he can be of value to this club and are happy that he signed here.”

Okoye move is a free transfer following the expiration of his contract with the German side, Fortuna Dusseldorf.

The youngster made his international debut for the Nigerian national team in November 2019, in a friendly match against Brazil.