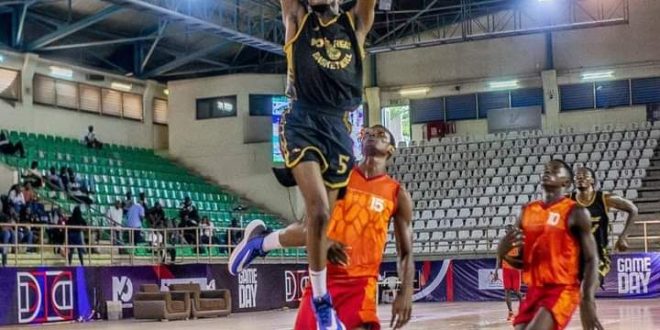 Coach of Mo Heats basketball team, Adeka Dauda has said they will not underrate any team in their quest to Nick the title.
Dauda whose defeated FCT Hardrockers 75 – 59 on Wednesday said since every team is a potential winner, he would be carried away by the two victories recorded after beating Delta Force yesterday to back the maximum points in the series.
“Our next game is against Nigeria Customs on Friday and they are better side deep in experience but we will map out a strategy that will see us overwhelm them,” he said.
Adeka explained that the Delta Force team they defeated was equally a good side but they matched them grit for grit only to slow down the gap was too much.
He said they are going to take each match as it comes and would sound confident until they get to the semifinal
Asked what was the secret of their performance so far, he said it was as a result of the hard work on part of the players, management and the coaching crew.

Meanwhile,Wednesday’s conquerors of Kano Pillars, HotCoal Ballers of Abuja lost to Kwara Falcons 54 56 in an entertaining clash on Thursday.