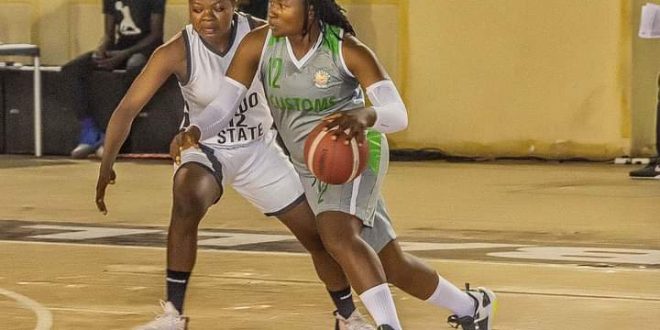 Best of basketball, entertainment, funfair and other side attractions come alive at the closing ceremony of Mark D Ball Basketball Championship On Saturday; as Favorites, Nigeria Customs Ladies and First Bank of Lagos, will contest the final of the 2022 edition.

The one week women’s basketball championship which featured 16 teams across the country has been hailed by key basketball stakeholders, as the best thing to have happen to the slam and dunk game in Nigeria following the dearth of domestic basketball.

Initiator of the Mark D Ball, Igoche Mark has promised basketball lovers of more domestic games, stating that the closing ceremony will be opening for the men’s championship that will run for 3 months.

“Like I said at the opening ceremony, that our aim (New Face of Basketball) is to see us play more games as the NBA do theirs. They play 82 games in a regular season but if we canot play 82 games,lets play something close. I am happy to have brought smiles back to our domestic players and we are going to sustain this tempo. For the men’s championship, 24 teams have been selected to play and the draws will be done today (Saturday).Mark stated.

The finals will see Nigeria Customs Ladies taking on First Bank of Lagos.