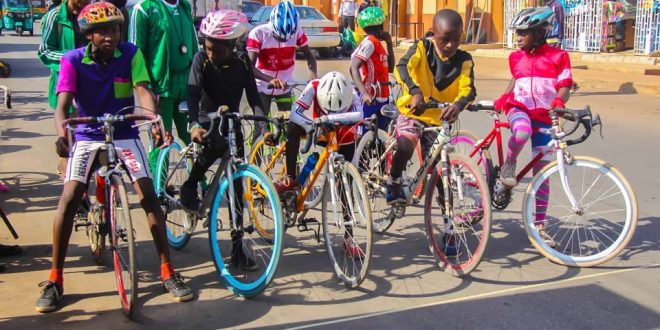 The first ever Valentine cycling road race officially kicked off on Saturday in Jos Plateau State at the Yelwa club road Rayfield where eight teams will slog it out for medals.

The road race is being organised by Team Red Crown in preparation for the national sports festival, it is for both elite and non elite cyclists.

In the team trials event, Team Red Crown swept aside other teams with their good finishing and time to win gold while Team Nasarawa state and Team Plateau state won silver and bronze medals respectively. 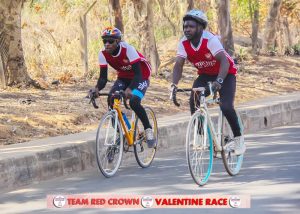 It was excitement all the way in the under-15 road race category for boys where Hosea Danladi won gold for Team Henry Hassan, Team Red Crown Raymond Haruna came second to win silver,Ebenezer Simon Gyang from Team Plateau went home with a bronze medal.

The medal haul continue for Team Red Crown in the girls road race category as they pick up all the medals available. 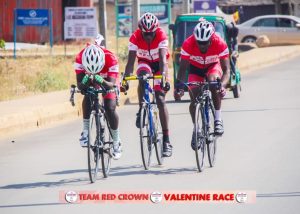 Speaking to journalists a delighted Team Red Crown chairman who also double as the Plateau state Cycling Association chairman, James Amidu, says the Valentine road race is being organised to catch them young, to keep the youth busy in this period and to start preparation for the National Sports Festival. 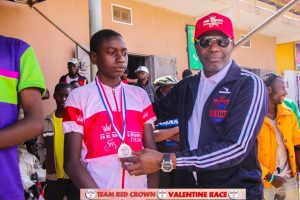 He further said one of his major objectives this year is to take cycling down to the bases and the seventeen local government Area of Plateau state.

The road race continues on Monday Feb 14th at Tudun Wada GRA by 9am.