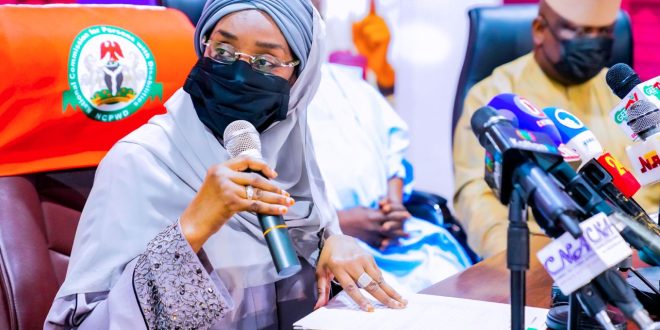 The Minister made the statement on Saturday following the invasion of five communities and killing of over 200 people in Anka and Bukkuyum local government areas of the state.

“This is horrific and tragic. Over 200 persons were buried today due to the invasion by bandits. We are very saddened by this incessant invasion and killings by bandits and we also worried about the displaced persons who are fleeing in their hundreds from their communities, especially the women and children.

“We sympathize with the government and people of Zamfara state in this trying period and condole with the families of the dead. We pray for the repose of their souls and that peace returns to the state and soon as possible”.

Umar Farouq also directed that relief materials be sent to Internally Displaced persons in the state to cushion the effects of the sudden displacement.

More than 10,000 victims have also been rendered homeless after their homes were razed by the bandits while scores are still missing .

More than 500 bandits on motorcycles reportedly attacked five villages and razed their homes after killing over two hundred people.