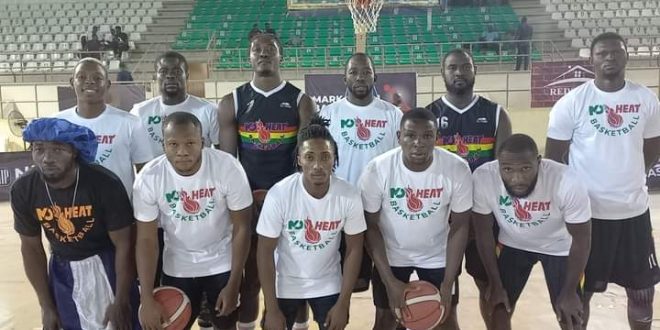 Mo Heat Basketball of Abuja topped the final standings, with a perfect seven wins from seven Group A games, of the 2022 Mark D Ball Men’s Basketball championship,with first of Group A coming to an end on Saturday in Abuja.

Mo Heat, a new Franchise based in the nation’s capital, trounced Apa Flames of Benue 126-77, to further underline their credentials, as a team that should be playing in the Nigeria Premier Basketball League.

Prior to Saturday’s victory, Mo Heat had also won all of their previous six games in the tournament, and were the first team to tally 100 points, when blowing away Ahip Giants of Kano 104-60 on Thursday.

They finished on 14 points and a massive goals difference of +165, to place first ahead of the duo of Gombe Bulls and Hot Coal Ballers of Abuja, who both finished with 12 points, having lost a game each.

Nile University of Abuja, Apa Flames of Benue, and Police Baton of Lagos all ended up with 10 points each, but placed 4th, 5th, and 6th in that order, on superior goals difference.

In 7th with 9 points was FRSC Safety Knights of Abuja; while AHIP Giants of Kano brought up the rare in 8th position, with 7 points, but was the only side to have lost all their seven games.

The Championships continue next Saturday with the eight teams populating Group C, taking to the Court of the Indoor Sports Hall, in Package B of the MKO Abiola National Stadium.