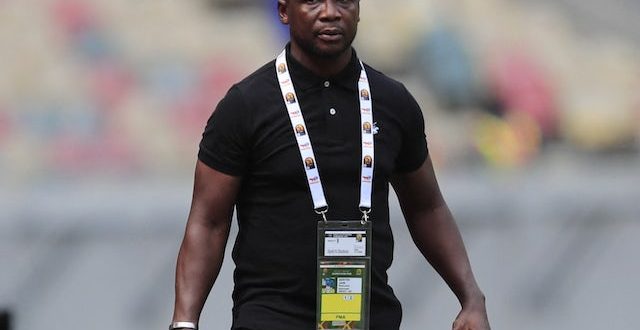 My Team Give Good Account Of Themselves — Sierra Leone Coach

Sierra Leone Head Coach, John Kester has expressed delight at the performance of his team against Nigeria, adding that his young squad deserved something out of the game.

They struck back after Sierra Leone took a shock early lead in a display that was hardly the most convincing.

Kester told journalist at a post-match conference that his team gave a good account of themselves, adding that the performance will give the boys more confidence ahead of their next match.

“Our goal was to come here and be competitive and to be honest I thought with the group of young players that we had, we deserved something out of the game today.

“That’s no disrespect to Nigeria at all. I just felt we deserved something.

“But then again, the performance will give us alot more confidence going into our next match and that’s very important,” he said.

The coach said after putting up a good performance against the Super Eagles, he was confident of getting a positive result in their next game.

“Coming into Nigeria and putting in a performance like this, where we felt we could have gotten something out of it was very impressive.

“So, for us it is progress as it takes us into the next match as well where we know we hopefully are going to get a result.

“But, for me, even though this was not the result we wanted, the performance which we thought deserved something is credit to my players.

“I think they have come here and showcased what we are about and want to achieve going forward,” he said.

He noted that they would go back to the drawing board and correct their mistakes, stressing that such errors were bound to occur, especially with a young team in a transitional period.

“Again, when you talk about bringing young players through a transition period, there is an element always once in a while of loss of concentration.

“We scored the early goal but took our eyes off the ball a little bit at some point and allowed Nigeria back into the game.

“I think that was the turning point for us, but again we had a second goal scoring opportunity and if that had gone in, it could have been a different game.

“But of course, we will take alot of positives from the performance going forward.,” he said.

Sierra Leone next host Guinea-Bissau whose campaign in the 2023 AFCON Group A qualifiers also got off to a flying start on Thursday after a 5-1 demolition of Soa Tomé and Principe.