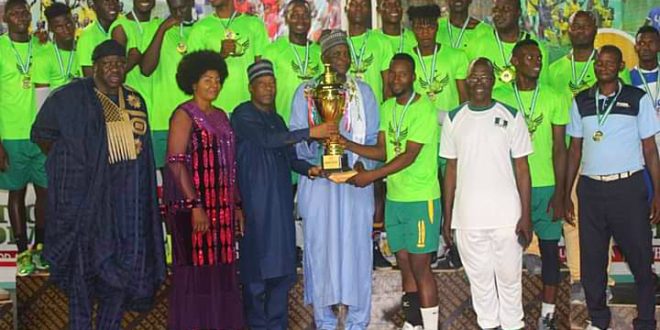 Kada Kings of Kaduna state and Kwara United VC have emerged winner of the male and female category of the National Volleyball Division One League.

The Head Coach of Kada Kings of Kaduna, David Jonathan said his players were carried away with the two first sets they won.

“Kudos to Kwara United the really fought well to win the game, this is the only one match we lost in the league with that we are still the winner.

“My boys did well in all their matches, now we need to start preparing for premier immediately,” he said.

Meanwhile, the coach of Kwara United VC, Adewale Gbadamosi said he is happy that they won the last match against Kada Kings. 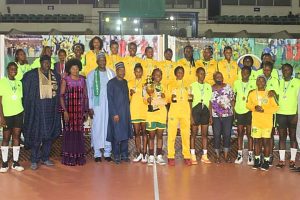 “People have been calling Kada Kings unbearable so we wanted to prove them wrong by defeating them which is what we did.

“My boys were determined to win this match and they did. We camp for one month training morning and evening, my players were fit for the league.

“We will go back home and fortify the team with two to three players ahead of the premier league next year,” he said.

A total of 10 teams are participating in the league, eight male teams and two female teams.

They are Kada Kings of Kaduna , Wikki Spikers of Bauchi , Kwara United, ABM of Kastina, Oluyole Spikers of Oyo, Spartans Spikers of Yola, Caliphate Spikers of Sokoto and Equity Spikers of Kebbi are the men’s team.

The only two female teams are Kwara United and Zamfara Babes.good