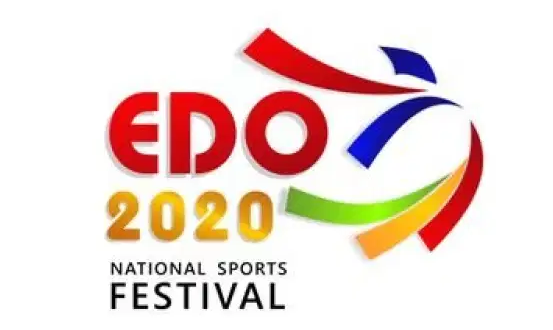 Athletes and officials at the ongoing National Sports Festival in Edo State say they are confused over the conflicting information passed by the Federal Ministry of Sports and the Local Organising Committee.

Some of the athletes and officials who spoke to our correspondent lamented that they are at crossroads on whether to prepare to contest or pack their belongings.

According to them, some of the LOC officials have stopped attending to them at the venue of the competition.
Our correspondent also gathered that activities at the festival went on low-key when the news of the postponement spread Wednesday Night.

“We don’t even know what is going on again. We are all confused here. I hope that things will get clearer after 12noon,” an official told our correspondent on the telephone.

The confusion began when the LOC announced that the festival will end abruptly by 12 noon over the Federal Government’s failure to release funds.
A few hours after the LOC announcement, the sports ministry insisted that the festival would continue in a media released signed from the ministers office urging athletes to disregard the earlier threat by the Edo state government. 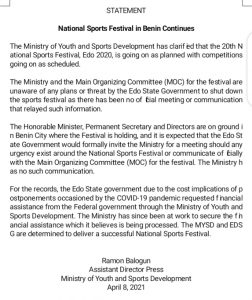