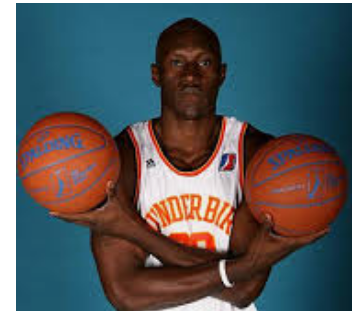 The unending crisis in the NBBF has added a new twist as former players from senior national basketball team have vowed to put an end to terrible treatment they got from the past board led by Engr. Musa Kida of Nigeria Basketball Federation to shut out their representative from the election.

While speaking with journalist at the venue of the purported election on Thursday at the package B of the Moshood Abiola Stadium, the player’s representatives at the outgoing board, Ejike Ugbuaja disclosed that the secretary of the NBBF is still acting on  instructions from the former president, Musa Kida regarding the conduct of the  election.

The former NBA star said that the players are not asking for too much but for the right thing to be done so as to have worthy reoresentation on the board, maintaining further that Nigeria basketball has suffered very much in the past four years because of poor leadership from the last board..

“Actually when I came here I was very disappointed because the election was going to go the wrong way,  there is no way they will do players election and it is will hijacked by the president that is supposed to step down and contest for the position of the president.

“And Nigeria basketball has  denied players their right. I was the former player’s representative at the outgoing board and the way and manner they treated me were not right, the board did not allow me to make decisions for the players or even allow me to work for the players.

“They canceled the election because I think there was a fraud, and players have stood their right and we are going to stand our right to make sure the player’s election will be fair, and we call on the government to avoid the crisis to look into it, and to the minister to him directly I urge him to do the right thing. If he says twenty-one days let it be twenty-one days.

But now because of bribery or whatever and he changed it to be today. Yes, we are ready to do elections but let it be fair.

“All the players have been bitter, for four years we did not see any basketball league in Nigeria,  Our national team is been played by our foreign players only because there is no league in Nigeria. And for me been on the board I felt so disappointed because that is not what I was expecting from the board” he concluded.