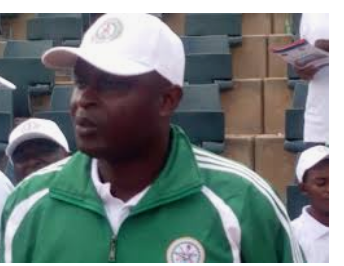 Editor1 November 15, 2021 Sports Comments Off on NBBF Final 8 We Have Short Notice To For Super-8-Onikeku 114 Views

Onikeku disclosed this after his team, the Nigeria Custom match against Kano Pillars at the package B of the Moshood Abiola National Stadium.

This match supposed to be the second match for Kano Pillars but due to the absence bod Lagos Islanders, Kano Pillars walk over them in the first match on Friday.

He said the short notice given to everybody affected the  team, we did not have along time camp, we were waiting for them to notify us so can we can start preparation.

“We did not have enough time to practice , our won our first match against Kwara Falcons on Friday, I believe we should be in the semi final, we will play better in our next match.

“Kano Pillars have been Champion several time, we lost so many throws which affected the game,

“The  organization will have been better  if they have given us at least  two weeks we would have prepare better, we did not have one practice session.

” Our first training session was our first game against  Kwara Falcons,” he said.

He added if they qualified for Basketball  Africa  League (BAL) they will represent and make the country proud.

The coach of Nigeria Custom said , Scott Many said in spite the lost, their game ,his players played a better game compare to their first match against Kwara Falcons.

“It was a good match, my team lost a better side because, they were put at the disadvantage,.

“We are  hoping that  Kano Pillars will beat  Kwara Falcons so that we will go to the semi final, “he said

On his part the coach of Kano Pillars, Sani Ahmed said he was impressed with the performance of the team.

“I’m not expecting anything else than to  win all our games which is our target,” he said.

Kwara Falcons walk over Lagos Islanders in the second match, while Rivers Hoopers beat Police Batons 64-48 in the third match.

The winner of the League will represent Nigeria at the 2021 Basketball  Africa  League  (BAL) scheduled to hold later in the year.