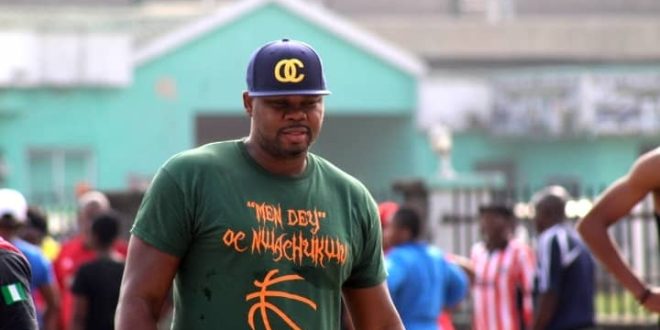 NBBF Has No Constitution-Osita Nwachukwu.

GongNews March 4, 2022 Breaking, Sports Comments Off on NBBF Has No Constitution-Osita Nwachukwu. 54 Views

Osita Nwachukwu,a former board member of the Nigeria Basketball Federation,NBBF under Engr.Musa Kida led board has revealed that the federation has no legal document called the consistution.

Nwachukwu who emerged as NBBF Vice President in Abuja on January 31,2022 made the revelation on Tuesday in a chat with Journalists at the nation’s capital,Abuja.

According to him,the document being branded as constitution was never endorsed by the NBBF congress.
“Let me state clearly here,the NBBF never had a consistution,what we have before was the Tijani Umar’s consistution that was never accepted.The claim that NBBF congress endorsed a consistution on April 13,2019 is false and a big lie.What happened on that said day was only a stakeholders meeting;of which I was part of.Also,if the NBBF had endorsed that consistution,the desolution of the NBBF board in May 2021, would have been resisted by whole basketball family, including Kida himself.Having accepted the position of a caretaker chairman,Engr.Musa Kida lacks the power to act under what he called constitution.”Nwachukwu stated.

The NBBF Vice President explains that the Abuja January 31,2022 election was the authentic one, stating that the Abuja’s election followed the ministry’s guidelines and instructions.
“Our election is the authentic one because we followed the ministry’s order.Remember,we started with the Players’Rep and Technical Rep conducted by the Ministry in which Kida was part of,and also,the ministry ordered that the election must hold on January 31,2022 at the MKO Abiola stadium,Abuja.Tell me,do you change the rule of a game in the middle of the game?”He queried.

Nigeria's most authoritative online newspaper with a deep reach for the Defence of the truth at all times.
Previous NBBF Has No Constitution-Osita Nwachukwu
Next Only Sports Ministry Has The Right To Resolve NBBF Crisis—Ex NBBF Board Memeber