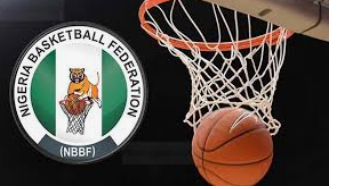 The Nigeria Basketball Premier league, is commencing in a grand style at the Nigeria capital city Abuja and the Sunshine state, Akure in Ondo state today 8 September 2021.

It could be recalled that a court case stopped the league over the years, but the February 2021 judgment quashed all the cases, a verdict many adjudged to be a victory for basketball in the country.

In the first game at the Savannah Conference, to be played at Moshood Abiola Stadium Abuja, the Gombe Bull will lock horns with Defenders by 10: 00 am.
Nigeria Customs will play Benue Braves by 12:45noon.

Gboko City Chiefs will tackle Reformers by 2:45pm while the final game of the day will be between Nigerian Army and Kano Pillars by 4:45 pm.

Also, 11 teams from the Atlantic conference which include Rivers Hoopers, Kwara Falcons, Raptors, Police Baton, Ondo Raiders, Islanders, Coal City, Impressions, CAMAC, Invaders and Lagos Warriors will slug it out at the Indoor Sports Hall of the Akure Township stadium.

Addressing Journalists in a media parley in Abuja, the Chairman Caretaker Committee of the NBBF Engr. Musa Kida, said all things are in place to have a better 2021 Nigeria Basketball Premier League.

According to him, all hands are on deck to commence the Basketball Premier League in both the Atlantic and Savannah conferences.
“The Secretariat is responsible for dispatching letters to the various clubs and that is the reason why the League is starting in Abuja.”