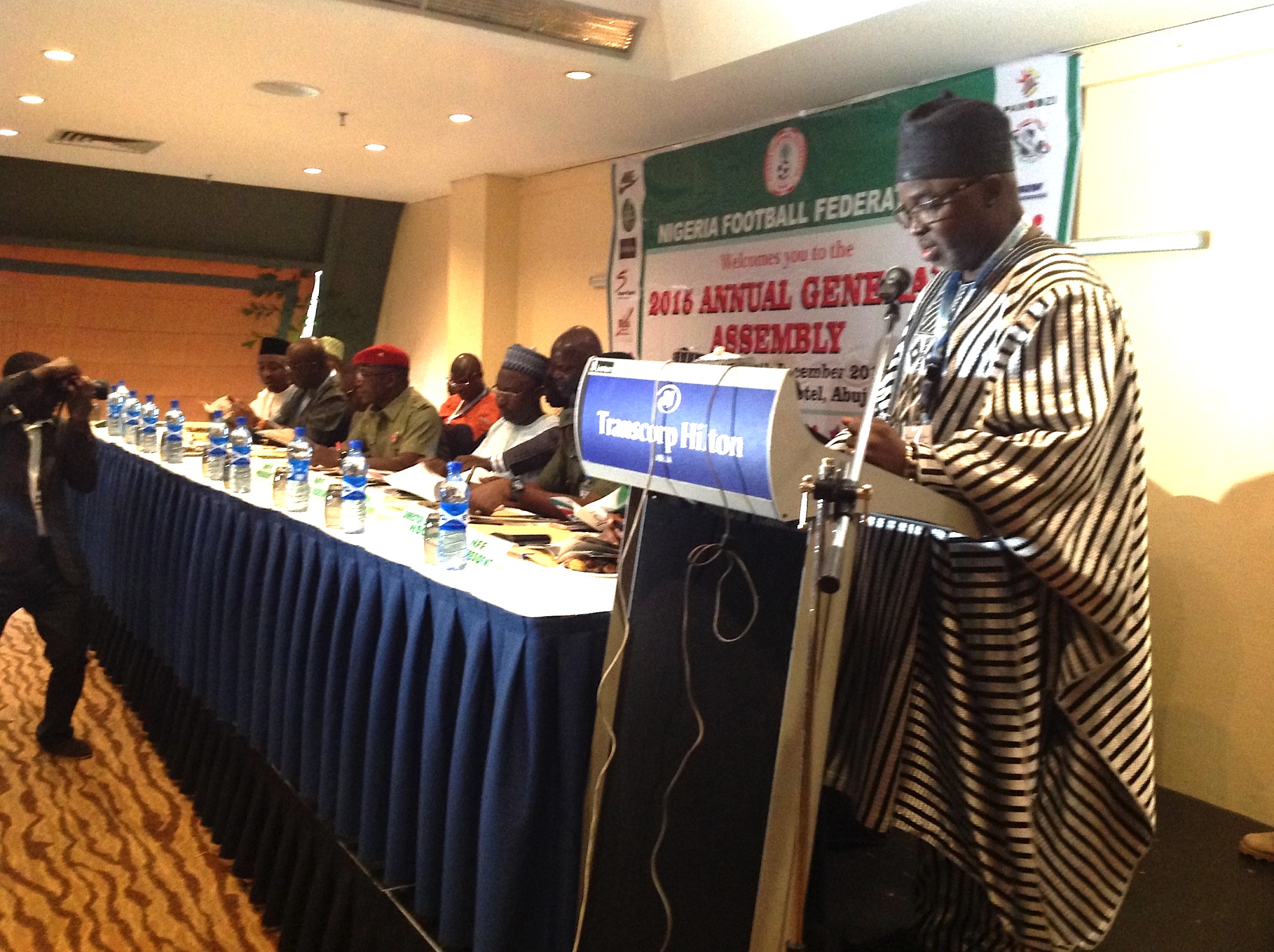 Amaju Pinnick at the 2016 ANA of the NFF...he refused to greet Dalung after reading the acidic speech

Nigeria Football Federation Annual General Assembly (AGA) in Lagos has been postponed till further notice in line with an injunction served the football federation by the Federal High Court Yenagoa.

According to Chairman of Chairmen Ibrahim Gusau who informed his fellow FA Chairmen that on account of the court order, the AGA has been shifted indefinitely.

Gusau said a new date for the AGA will be announced when this order has been vacated.

This was against the position of a top NFF official, who wanted the football federation to go ahead with their usual “gangster style” by disobeying the court order.

NFF secretariat staffers involved with the AGA have also been directed not to travel again to Lagos.just

The Federal High Court Yenagoa has ordered the NFF not to stage their AGA following a ruling on an exparte application filed together with a motion on notice in suit No FHC/YNG/CS/133/2021 brought by a retired footballer and board member of Nembe City FC, Seigha Obiene.

It has been revealed that both  Sports Minister Sunday Dare and the Inspector General of Police have been duly served.