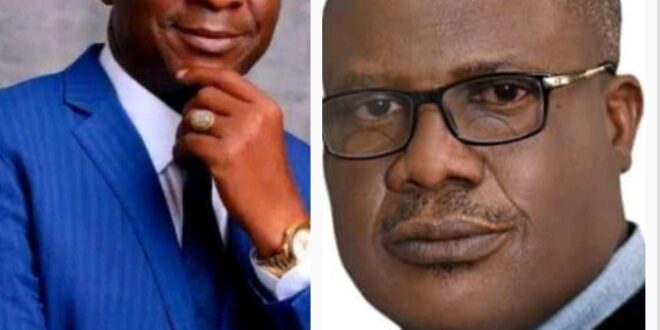 The immediate past Vice Chairman of Ondo State Football Association, Otunba Dele Ologbese has felicitated with Alhaji Ibrahim Musa Gusau over his emergence as the President of Nigeria Football Federation, NFF.

Ologbese, in a statement he personally signed and made available to newsmen in Akure, the State’s capital also congratulated Ondo State FA Chairman, Otunba Dele Ajayi on his election as Executive Member representing South West on the NFF Board.

The President of Ologbese Global Sports Management, commended the resourcefulness, doggedness and steadfastness of the duo which he said was the secret of their victories at the Federation’s 78th Elective Congress held in Benin City on Friday.

The pioneer Secretary of Ondo State Football Agency, ODSFA prayed God to give the duo and other NFF Executive members great strengths, enormous wisdom and knowledge to right the wrongs in Nigeria’s football sector without fear or favour.

He charged the new NFF President, Gasau to use his wealth of experience as former Chairman of Chairmen to reform the apex football body in the country towards ensuring optimal performance.

He said: “I have no doubt in my mind that Alhaji Ibrahim Musa Gusau and other newly elected Executive Members of the NFF will use their vast knowledge and experiences in returning Nigeria’s football to its rightful position among comity of nations.”

“I’m highly optimistic and confident that the new President and his Executive Members would waste no time in rolling up their sleeves and begin the football reform Nigerians have been waiting for”.

“I want to plead with the new NFF leaders to do everything within their capacities in reviving the fortunes of Super Eagles, Super Falcons and other National Football teams towards making them excel in all continental and global competitions”.

“On behalf of Akoko South West Football Council, I wish the new Board success in their national engagements.”