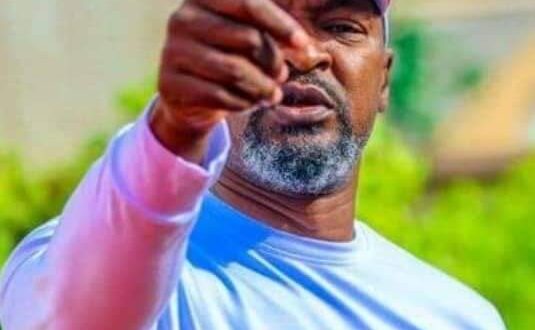 Former board member of the Nigeria Football Federation NFF honourable Suleiman Yahaya Kwande believes the newly elected president of the football body Ibrahim Gusau will reposition football in the country.

Honourable Kwande, who described the former Chairman of Chairmen of the NFF as competent, experienced and very passionate about football development, added that the new board has what it takes to move football to the next level in the country.

While congratulating the newly elected president and other board members, Kwande said better days are ahead of football in Nigeria as experienced hands have been elected to run the affairs of football in the country.

“I want to first of all congratulate my brother Ibrahim Gusau, new NFF president and other board members on their victories at the just concluded poll in Benin City,”.

“I can categorically tell you that Ibrahim Gusau and other board members have what it takes to reposition football in the country because they have the necessary experience to do so since they are all grass-root football administrators and after serving as the Chairman of Chairmen of the NFF, he understands the workings of the football federation”.

The former Football Association Chairman of Plateau State further stated that he will use his wealth of experience to back the new board to succeed.

“Under the new administration, we should be confident of commitment to the development of football in the country and success of our national teams and am also committed to that too”.

“Am a grass-root mobilizer with a lot of experience in promoting the development of football through the grass-root and I will use my experience to back my brother and the new board to succeed, am also ready to serve in any capacity to make football great again in Nigeria”.

The football administrator emerged as the new president after polling 39 out of 40 votes in the re-run election against former Super Eagles spokesman, Peterside Idah.

Felix Anyansi-Agwu, chairman of Enyimba International FC, was voted in as the first vice-president of the NFF while Ahmed Yusuf Fresh secured 37 from 41 votes to become the chairman of chairmen.