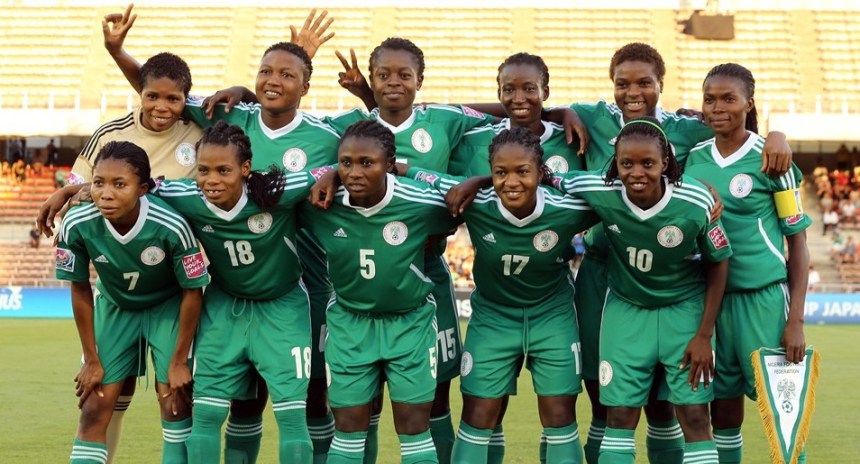 Sports Writers Association of Nigeria (SWAN) has expressed “greatly worry” by the situation created by the failure of the Nigeria Football Federation (NFF) to settle the allowances, bonuses and other entitlements of players and officials of the Super Falcons team who have just done the country proud in Cameroon where they won the 10th edition of the Women’s African Cup of Nations.

In a statement signed by Mr. Olawale Alabi, the Secretary-General of Sports Writers Association of Nigeria (SWAN), he said, “it is indeed a sad event that after making a lot of sacrifices for their fatherland the players and officials have come to find themselves in a situation like this, where most of them cannot return to their respective bases as a result of NFF’s inability to do the right thing.

While the NFF has said the situation was created by paucity of funds and it has also assured that it was doing something to redeem the situation, we feel the situation should not have arisen if adequate steps had been taken in the first instance to avoid such an embarrassing occurrence.

The NFF has an obligation it has to promptly fulfil at all times to all its players and officials and this necessitates that it must do more in the area of sourcing for funds, instead of waiting at all times for funds from government.

It is an acknowledged fact that resources have dwindled in all sectors of the country’s economy, yet the welfare and comfort of players and officials should be paramount in the consideration of the NFF in order to continue to motivate them to do better for their fatherland.

This demands therefore that the NFF should expedite action in getting funds to settle its debt to the Super Falcons in order not to lower standards and make service to fatherland a regrettable act.

In order to save the country from further embarrassment, we urge the Federal Government to play its expected role, while we remind corporate organisations of the need to assist in the development of all sectors in the community.

While we salute the players and officials for their patience and perseverance for this long, given the fact they are yet to be rewarded for doing a good job, we urge them not to allow this to deter them from continuing to offer their services to the nation.

Nigeria's most authoritative online newspaper with a deep reach for the Defence of the truth at all times.
Previous Saraki, Rafiu Ibrahim empowerment schemes were distractions
Next This is a budget of recovery, growth – Buhari