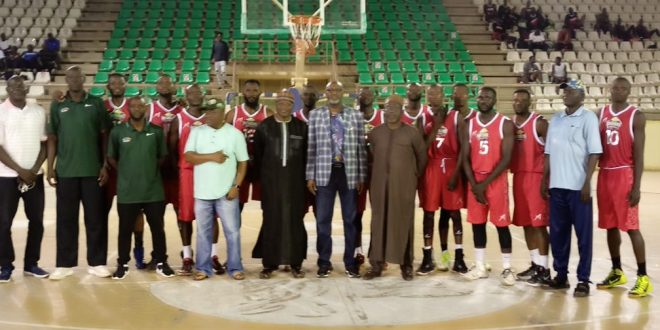 It was joyous mood as the much-awaited Nigeria Men’s Basketball Premier league, finally kick-off in a grand style in both the Atlantic and Savannah conferences on Wednesday. The Savannah conference began in Abuja with the Reformer beating Gboko City Chiefs 74 – 63 in the first game of the game

The games holding at the Package B of the MKO Abuja stadium saw a lot of excitement.

Basketball stakeholders who thronged the Stadium to watch the matches expressed excitement on the return of the basketball league in the country. The bemoaned the state of the League which had been in comatose for years as a result of court injunction that was recently trashed into dust-bin.

The games in Abuja though, suffered a little hiccups following the broken fiber glass attached to the rim inside the Indoor Sports Hall, but was rectified with the speedy intervention of the Chairman Caretaker Committee of Nigeria Basketball Federation NBBF Engr Musa Kida who ensured immediate repairs and commencement of the games .