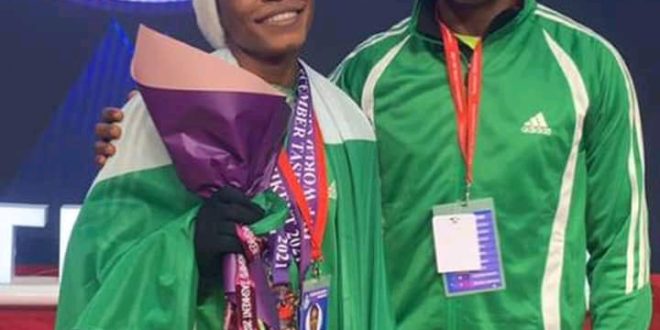 Editor1 December 14, 2021 Sports Comments Off on Nigeria Has All Its Takes To Continue Medals In Weightlifting… Christopher Nwadei 15 Views

While in a chat with our reporter the TD said  that the team is determined to win medals anytime they are participating in the World Championship.

He said on Monday, Joy Ogbonne who competed in the 71 kg category won gold in commonwealth qualifiers with a total lift of 230 kg .

“She also won a world bronze medal in International Weightlifting Championships in the clean & jerk with a lift of 130 kg.

“She improved to 130 kg in her 3rd attempt. She also set another world Youth record in the total with a lift of 230 kg.

“Everyone of these lifters present here have displayed a wonderful performance in the championship,” he said

Speaking,  more medals are still on the way until the last day of the championships, the lifters will not stop to win medals for the country, a total of nine medals has been won in the championship so far.