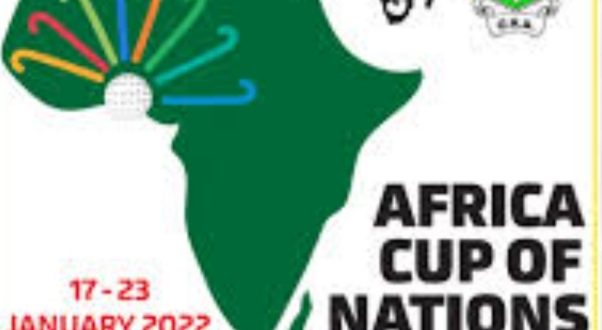 The President Nigeria Hockey Federation, Simon Nkom has disclosed that Nigeria is on the right path towards reclaiming its position in the sport on the continent and the world.

He said this in Abuja while speaking with journalist, that the recent achievements by team Nigeria at the just concluded Africa Cup of Nations (AFCON) in Ghana was a testament to the fact that the future of the sport is bright. 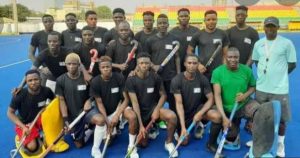 The movement is a reward to the achievements of the Nigeria national teams at the just concluded AFCON in Ghana.

After beating Kenya, Uganda and playing out a 1-1 draw with hosts Ghana at the tournament, the men’s team moved from 75th to 46th position in the world but remained fourth in Africa after South Africa, Egypt and Ghana.

The women’s team who played a 2-2 draw with Ghana, defeated Namibia, Uganda at the AFCON also moved from 58th position to 37th in the world, but remained fourth in Africa after South Africa, Ghana and Kenya.

President of the federation noted that the feat was the beginning of better things to come for the sport, adding that he and the new board would continue to build on the achievements.

”First, we want to thank the ministry for their support. We are very proud of what we achieved in Ghana and the board and I are committed to building and improving on this success.

”I love this sport and together with the new hockey board members, and other stake holders we will drag hockey to the top.

“We have mapped out programmes that we will pursue vigorously for accelerated development of the game.

”We will also be focusing on the grassroots to hunt for budding talents and in the shortest possible time, Nigerian hockey would be lifted to the level that we all desire to be.

”It is our fervent hope that at the end, we would have achieved more than the other federations that started before us,” he concluded