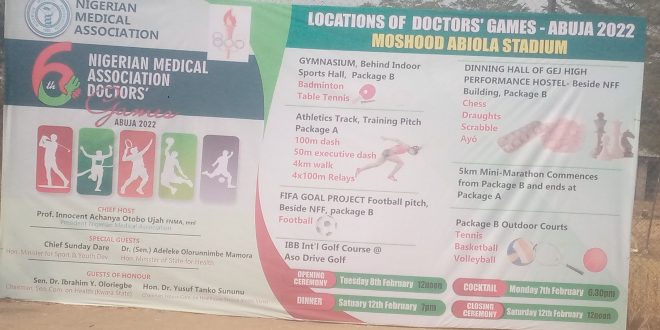 Speaking during the opening ceremony of the event in Abuja, National President of the association Dr. Innocent Ujah (MNI) said the Games are in line with the constitution of the association.
Dr. Ujah further highlighted some of the numerous benefits attached to the games.

Also speaking, Minister of State, Federal Ministry of Health,Senator Adeleke Olorunnimbe Mamora believes that the objectives of the games would be achieved.

All the participating teams will take part in Badminton, Basketball, Chess, Draught, Football, Table Tennis, Tennis and Volleyball which be held within Moshood Abiola Stadium Package B

The Game is expected to round off on Saturday.