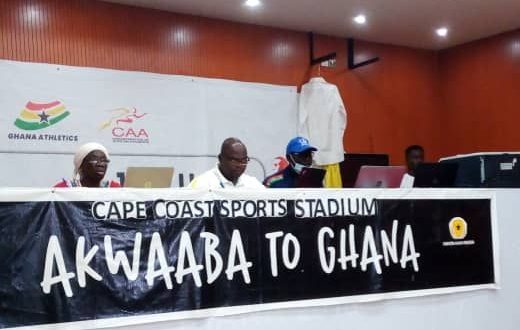 Fuseini who doubles as the Secretary of CAA Region, queried why Nigeria who are defending champions of the championship did not send entries to the regional championship, despite several reminders to the Nigeria Athletics of Nigeria.

“It is quiet unfortunate not to see Nigeria who are back to back defending champions of this championship not sending entries, despite several reminders to the Nigeria Athletics of Nigeria.I made several attempts to speak with the president of the federation, but all in vain.” Fuseini lamented.

The competition was declared opened by the President of Confederation of African Athletics (CAA) Region ll, Engr.Ibrahim Shehu Gusau on Thursday in Cape Coast, Ghana.

Engr.Gusau says the championship serves as qualification to the U-20 World Athletics to be staged in Colombia this year, will witness 11 West African Countries battling for honors at the Championship.

Recall, the championship has produced the likes of Favour Ofili,Rosemary Chukwuma,Enoach Adegoke and others.