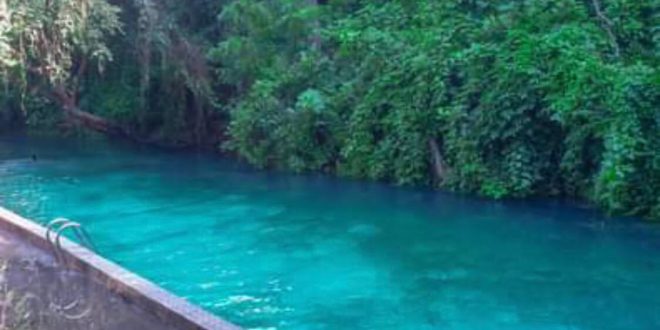 This discourse is not about the dik dik antelope, the smallest antelope in the world. It has a unique story. In height, it is not as tall as a small goat, a little taller than a cat. It weighs about two to three kilograms. Dik diks move in pairs and remain couples for life. Their loyalty to their spouses is so intense that if one dies, the other will mourn to death. And if death is cruel enough not to take it, the mourning dik dik commits suicide by availing itself to a predator. I saw dik dik while away from Nigeria.

This narrative is also not about my then 14-year-old son with his 13-year-old twin friends. One day, they ran into my sitting room terrified while playing in the veranda. I asked what the matter was, myself scared by their action. That there was an unidentified flying insect dangerously bouncing in the corridor and approaching them. I stealthily opened the door to see for myself. Wooh! It was a grasshopper! My teenage children had never seen a regular grasshopper before that we, as children used to perambulate our surrounding bushes in search of, for fun.

This piece is also not about a city where humans and wild animals peacefully coexist as neighbors each securely in its territory. A jungle surrounded by city, an eerie wilderness in the middle of high rising buildings. Where each specie respects the others’ right to live. A city where wildlife is wealth.

Within Nairobi city’s 696 kilometers landmass (269 square miles), 117.21 kilometers (45.26 sq mi) is occupied by beasts, in a jungle surrounded by electric fence. Travelers coming into town from Jomo Kenyata International Airport are sometimes fortunate to catch the sight of wild animals grazing in the bushes near the fence. The animals are in their natural habitat, left there to fend for themselves as nature had designed. But this piece is not about Nairobi or the Nairobi National Park whose entry fee ranges around $50 to a $100 and above depending on the vehicle type, group size and safari hours. This write-up is about Nigeria’s wildlife: where are they?

Late last year, the National Hajj Commission of Nigeria held a retreat for the then new board and senior management staff in Yankari Game Reserve. This is supposed to be Nigeria’s own version of Nairobi’s Park. But were the animals there? Yes, there were warthogs in their tens, waterbucks in their hundreds, and baboons in their thousands. Apart from this big three, you need binoculars or microscope for a chance to see other animals even when you leave your accommodation at 6:00am for safari. We did leave our accommodation at 6:00am for the safari, twice, but we were not fortunate. Apart from guinea fowls, a wild chicken that is very small in size but a fast runner, two regular antelopes, and an array of waterbucks, we were not lucky to see any other animals. Where are they? They have varnished. Perhaps we had eaten up our own animals. Or chased them away to build big residential palaces.

These are part of the reasons; therefore, we do not have our own varieties of the dik-dik to tell their stories. Nor do we have tourists trooping to spend some Dollars to watch our animals. In Nairobi Park, it costs $40 to have a photograph with a group of young Masai men in their traditional attire. Imagine! (We moved aside and posed for a group photograph of ourselves: with the Masai at the background).

And our lack of fauna preservation is reason why some of our younger generation cannot identify ordinary grasshoppers when they see live ones. How could they, when even in class it is G- for girl or G for gun.

At Yankari, we did ask where all the animals have gone to. Our tour guides informed that many had migrated to the Cameroons in search of water as the period when we visited was early dry season. In Nairobi National Park, the government built artificial dams for the animals, to keep them where they wanted them. In two of such dams, we saw crocodiles, hippopotamuses, some species of birds whose name I have never heard of before, (and cannot recollect) egrets, a herd of impala, and gazelles. They were variously quenching their thirst from the dam or just enjoying a swim.

How could have our Yankari animals gone away in search of water when Yankari’s Wikki warm springs still gush with sparkling water spanning over hundreds of kilometers. It was said that before federal government took over the place and relocated the settlers from there, wild animals like elephants, hyenas, and even lions used to roam the corridors of the dwellers. One of the Yankari attendants we met claimed he used to be a resident of the area back then and that one could rub the back of the elephant from his cottage window because the elephant is not violent. He claimed that the animals used to feed on their homesteads and food left-overs such that you do not leave even your pots outside. But now, the animals have gone far in search of food.

Indeed with proper maintenance, I believe the Yankari Game Reserve holds more attraction than the Nairobi park. Our own game reserve is covered by larger expanse of thick bushes and forest than open savannah. Touring through the bushes gives one a real spooky feeling which adds to the fun. Yes, within the open grassland potion of Yankari, one feels safer like in the Nairobi experience. But in the thick bushes, one gets that eerie feeling you get when you watch horror movie through virtual reality glasses.

Besides, our own game reserve holds archeological artifacts rich with stories. This is the home of the Marshall caves adorned with stone carved stools which used to be palace of the king. It has the subjects’ caves and a defense line which was built by ancient dynasties against foreign invaders. The then inhabitants carved ladders to the caves, with cushion like structures too that have endured for thousands of years.

Waters of the Wikki warm springs is another natural sensation with a powerful attraction. Its waters glitter with a green colouration but it is purely white. Its bed has a greenish tinge but when you pack a handful of the sand, it is in its natural sandy colour, nothing green about it. Most captivating feature of the spring is its naturally warm water which does not drop lower than 31 degrees warmth all year through. With visible vapours rising to about four feet in the early morning hours, one sees the vapours expanding into the air like vapours that escape from a hot cup of tea. The spring is spectacular on its own.

I am glad I had this opportunity to visit the Nairobi National Park, it opened my eyes and made me feel depressed by situation of the Yankari reserve which I had hitherto rated as acceptable. If I hadn’t seen the Nairobi park, my small world view perception wouldn’t have realized the great potential being wasted in this piece of marvel from which Nigerian government could be making huge income (if someone would not turn the revenue in a diamond brassier venture).

As I left Nairobi, another idea came to my mind. If only federal government would enact a policy that mandates that all civil servants must be sponsored on a foreign trip at least once in their lifetime. Perhaps among the upcoming leaders, Nigeria would be fortunate to have a crop that would jealously resolve to replicate what they see in foreign countries when its their turn to lead. Their eyes would be opened to prospects being buried in Nigeria of today either due to lack of willpower of those currently in position to harness these potentials or lack of foresight. Most of those that travel out of Nigeria today are those who can afford to travel out at their whim. Possibly that explains the indifference in reproducing such feats in Nigeria. But a civil servant that would stand agape seeing what other countries are doing with their little resources and knows that we could do same with ours, might be more determined to create the experience at home. Truly, he knows he does not have the luxury of returning there when he so desires, therefore, why not bring the experience home?

For now, many Nigerians are just local champions who think they know so much. Unfortunately, by the time such among us are consumed by the dazzles of leadership, we become drunk and know not what to do with the baton, we lose focus due to lack of exposure.
We should not remain satisfied with the little we have in terms of development when we know we can do more. That is stagnation. Yankari is retarded despite about 60 years of creation, she is yet to fully blossom. Federal government can make her flood with surpluses to everyone’s delight.

Government is working hard to improve our internal security. After that is settled, please kindly bring back our animals too. There are Dollars in the jungles.

*Fatima Sands Usara is the

She can be reached on usarafs@yahoo.com