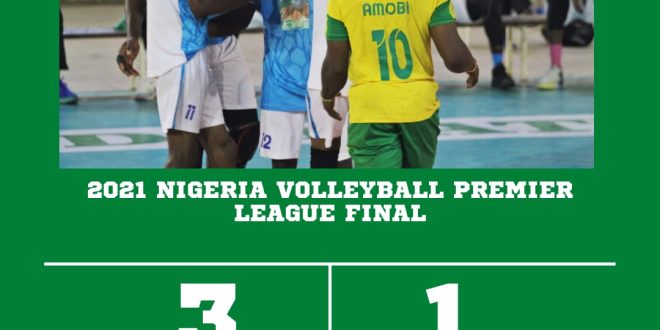 The Kano Pillars volleyball male team on Thursday cruise to their fourth win,  the team claimed the first two set  of 25-18 and 25-19 points but the UCEM rally back  to claim the third set with 25-23 points but Kano Pillars then take over to claim the fourth set 25-20 to end the game with victory.

Speaking after the match, the coach of Kano pillars, Musa Babamusa, said that
his team underated their other opponents, like those other players are here to have fun.

” I won,  but my players needs to be more paramount and more resolute on the remaining matches we have about four games left.

” The way they played today game, we supposed to have won 3-0 but we have 3-1. if they have press further, I believe that they would have tight up my teams.

” This game played is an honor for them the in UCEM of Anambra to have won one set from Kano pillars is an honor.

” That have motivated them but for my players as a teams is not we are going to sit tight to ensure that we never underated any teams in our others matches,” he said.

The teams will observe a day break on Friday while the league resume on Saturday, Kano pillars team will meet Offa VC team. while the UCEM of Anambra will meet customs teams. 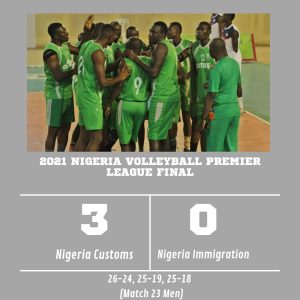 Other matches played in the male teams, Offa VC lost to NPF 2-3.

Previous Masters (Amateurs) Tournament: Ali Race To Top Of Leaderboard
Next Dare Bags Award Of Excellence from SWAN In Ibadan