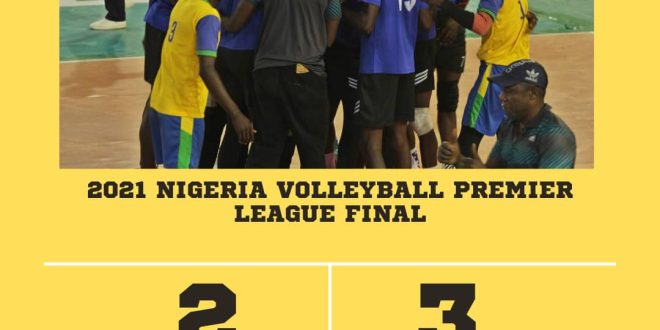 Speaking after the match, Taiwo Oladipupo,the Head Coach of Nigeria Police Force, For both male and female volleyball teams, said the win will boost the morale of the players.

“We are moving on daily, we are moving forward and this is our fifth match in the league.

” The previous three matches we lost were all unfortunate adding that we are back into the league and we still have four more matches to play,” he said.

Oladipupo added “ we have got a deserved win; this will help boost the morale of the players and a winning for us is very important.

“If you look at the matches we lost, you will see that the games were very tight,” he said.

” Our first male game against Nigeria Immigration Service ended 3-1 and if you look at the minor scores, it was narrow.

” Others were against Nigeria Correctional Service 2-3., against Customs 0-3, this is our second win in the league.

On the part of my female teams they lost their match to COAS 0-3.

” we believe, we are still in the route. For my players every day is a game changer.

” The organizer for the premier league final phase 2021 have really improved than the last year own.

” They have a stand by medical on ground and I believe this year own is well organized,” he said.

A total of 17 teams are participating in the league which comprises of ten male teams and seven female teams.

Pictures and Graphics by : Dare Kuti