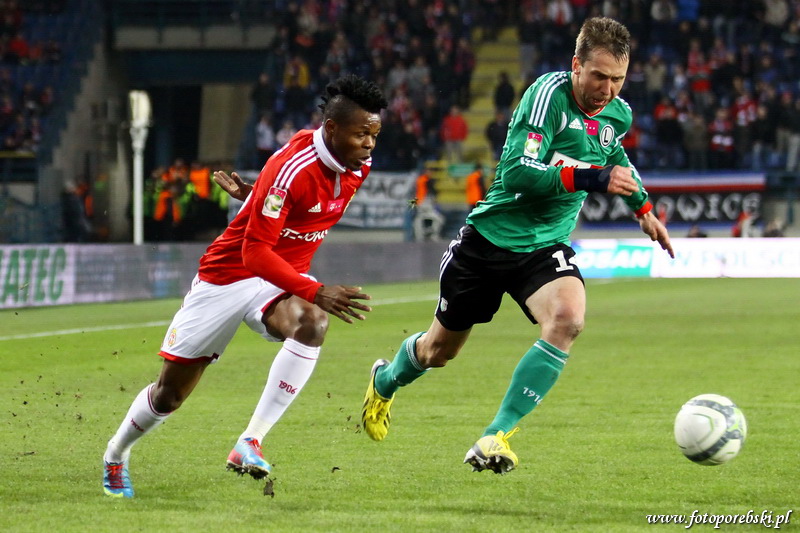 *That is why I opted to play for Haiti

Sarki, who was born in Kaduna and who played for all of the nation’s cadet national teams said, a particular coach which he would not mention asked for bribes from him to field him in the national team despite his being in a very good form that time.

The Apollon Limassol of Cyprus striker said, it was the crazy demand and the amount involved which he could not drop that drove him to making the choice of playing for Haiti where his grand father hails from.

This allegation corroborates the earlier one by former Super Eagles forward and assistant coach, Daniel Amokachi, who alleged that Nigerian youth coaches demand for as much as N250,000 from players before they are invited into the teams. Amokachi spoke when he joined forces with the coalition of Civil Society Organisations (CSOs), operating under the aegis of National Support Groups for Good Governance (NASUGG) protesting in support of war against corruption in Abuja last October.

Sarki explained that he tried severally to make the national team, but out of frustration he opted for the Island nation country in the Caribbean where he had roots in 2014.

“I was told to pay before I am called up, that was when I was playing in Israel. I won’t mention the name of the coach. It was Efe Ambrose who gave me the contact of the coach after telling him of my form. I put a call across to him but he told me to speak with his assistant, who openly asked me for tips. “A lot of friends asked me to pay the money but the sum they were quoting was way more than what I can afford. I couldn’t and despite my fine form, I wasn’t contacted again. No regrets though, I’m cool with Haiti, the land of my grand father”.

Nigeria's most authoritative online newspaper with a deep reach for the Defence of the truth at all times.
Previous NFF is confirmed to be PDP in body, soul and character
Next Amina Mohammed’s UN appointment, proof of global confidence in Nigeria- NCWS