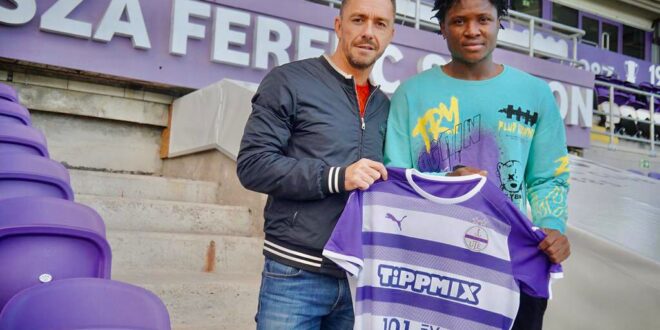 The attacker who played for Turkish side,Balikesirspor under 19 team last season moved across the border to join the Hungarian giant in a mouth watering deal

In 2020/2021 season,Peter Ambrose scored 17 goals in 20 games for the Turkish side and caught the attention of many European clubs and one of them has finally match words with action by tying him down to a four year deal.

Ambrose has not taken his foot off the pedal, he hit the bull’s eyes for his new side by getting on the score sheet after coming as a second half substitute in his club’s 3-1 away loss to Paks FC in the Hungarian top flight league.

Previous APC Will Give The Best Hope For Good Governance For Nigeria – Tinubu
Next Ujpest Striker,Peter Ambrose Hails Coach Salisu, Ready To Play For Olympic Eagles