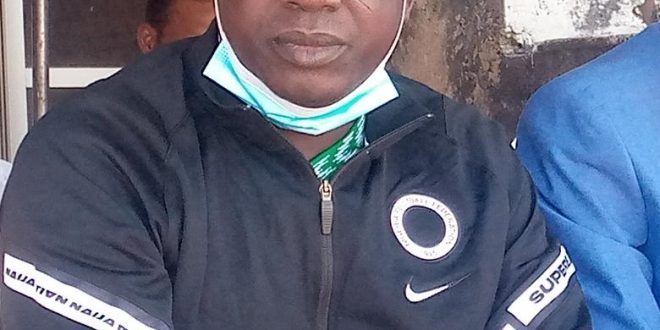 NLO: Young Players Has A League In Nationwide… Alkali

GongNews March 10, 2021 Sports Comments Off on NLO: Young Players Has A League In Nationwide… Alkali 181 Views

Chairman of the Nationwide League Muhammed Alkali, has expressed delight at the ages of players presented for the 2021 opening league season at the Jos Stadium Zaria Road.

Alkali who was elated by what the two teams presented at the opening game of the season in Jos said.

” look at the two teams Fosla Football Academy and Beautiful Angels both teams from Abuja has made me more proud to see that the young players in Nigeria can say they have a league and that with their age they too can boost of playing a league and that is what NLO has done for them and it gladdens my heart seeing these young lad playing in front of these board members”. He said.

Speaking further, the NFF board member commended the former President of the Nigeria Football Federation Alhaji Abdulahi Sani. Lulu for his passion and his continued support for grassroots football, “NLO is a cradle of Nigeria football and if our former President can come back to NLO that is to show you we are doing it right and once we have the solid foundation we can build a skyscraper for Nigeria football through NLO” he concluded.

Meshach Awoje 15 minute strike gave Fosla Academy the 3 points against the B Angels of Abuja to open their voyage into a league system in Nigeria football.

Nigeria's most authoritative online newspaper with a deep reach for the Defence of the truth at all times.
Previous Abuja Tennis Championship:Marylove Battles Jummai In Women’s Final As Atseye Takes On Oparaoji In Men’s Fina
Next We Need Private Investors So Volleyball Will Not Die… Nimrod.