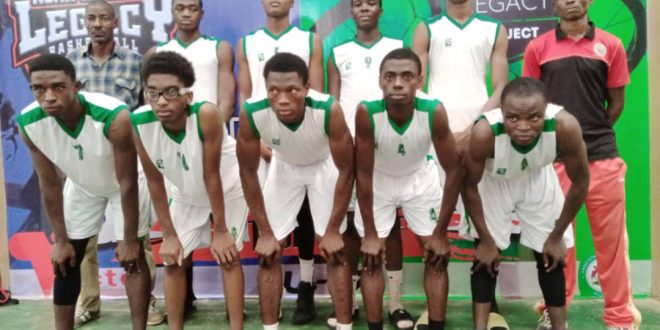 Kano U-17 Basketball team are the first to qualify for the quarterfinals of the ongoing Noah Dallaji Legacy U17 Basketball Tournament in Kano.

Winning their first three games, Team will face a tough task in their last group game tomorrow against Plateau who also have had a fine run of form in the championship. Team had defeated Katsina (55-27), beat Kebbi (45-27) before humiliating Gombe (61-32) in the third group game.

Elated Ibrahim Maku, Kano State Basketball U17 coach reinstated that the team is ready to host and win the tournament adding that the supporters should not relent in encouraging the lads.

He said, “I feel excited for winning our first three games. For a team to win its first three games in this kind of tough tournament is not an easy task at all. It’s all about team work, commitment and encouragement from our home fans. We want our fans to continue to pray and give us all the necessary support we desrve to win the title, so that we will bring the glory to the state.

“Of course, our aim and objective are to see Kano team hosts and win this tournament. Our boys are ready by God’s grace as our aim remained unchanged.

He however admitted that playing in front to f their supporters plays a big role in achieving the feat.

“The supporters have been given us the all we need to win matches. They encouraged us. We are going to do our best to make sure that we qualify for the semi-final the way we qualify for the quarter finals. Though, it is not going to be easy given the fact that we are in front of the home fans who will be expecting a lot from us

The Kano U17 Basketball team participated in the just-concluded Ado Bayero Basketball Tournament in Kano.