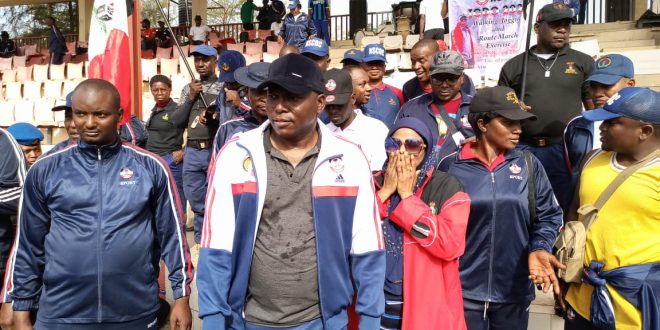 NSCDC will maintain the past glory–Audi

GongNews February 28, 2022 Featured, News, Sports Comments Off on NSCDC will maintain the past glory–Audi 7 Views

The Nigeria Security and Civil Defense Corps (NSCDC) says it will not go down with the standard
It’s known for.

Commandant General of NSCDC Ahmed Abubakar Audi made this known while speaking with journalist at the walking, jogging and Route March Exercise in Abuja 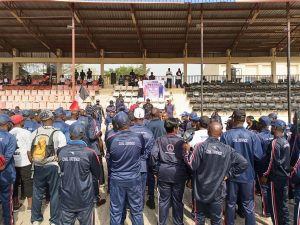 According to him will not go down with standard they known to produce World Class athletes for Nigeria.

“We have put the meachinery on ground to make sure that we encourage our athletes to improve and sustain the tempo.

“our records recently show athletes have own medals in many competition both in Nigeria and international level that is clear indicationz
To show that Civil defence have really demonstrated that past glory have restored. 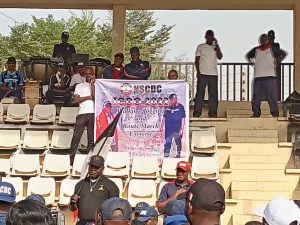 NSCDC is not competing with any one but doing our own based on our philosophy but charging other para-military to emulate the same way he concluded.

Nigeria's most authoritative online newspaper with a deep reach for the Defence of the truth at all times.
Previous My Target Is To Develop Basketball from the grassroot— Igoche Mark
Next NBBF Has No Constitution-Osita Nwachukwu