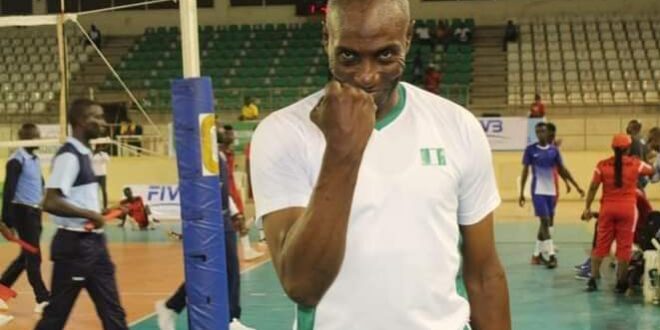 Editor July 28, 2022 Sports Comments Off on NVBF Invites 21 Players To Camp Ahead Of African U19 Nations Cup 11 Views

The Nigeria Volleyball Federation (NVBF) has invited 21 players to the camp of the U19 Boys’ National Team ahead of next month’s African U19 Boys Nations Championships in Morocco.

The 2022 African U19 Boys Nations Championships is scheduled for 1st to 12th September in El Jadida/Casablanca.

According to a statement from the NVBF, the head coach of Sunshine Spikers, Adeniyi Adekalu has been drafted to handle the U19 Boys team and will be assisted by Coach of Kada Emeralds, Vincent Unogwu.

OFFA VC Libero, Tiamiyu Ismail and Chief of Naval Staff (CNS) Spikers player, Elisha Amedi gets their second call up to the National U19 Boys Camp.

Coach of Nigeria U19 Boys Team, Adeniyi Adekalu revealed that the nation stands a chance of retaining the title won on her home soil during the last championship.

Adekalu said, “If you look at the list of players invited, you will notice that this is a new crop of players. Nigeria Volleyball Federation have three leagues and selecting the players for national duty was made easy.

“We are aiming for a treble in the U19 category and by the Grace of God, this will be achievable due to a working system in the country”, he added.