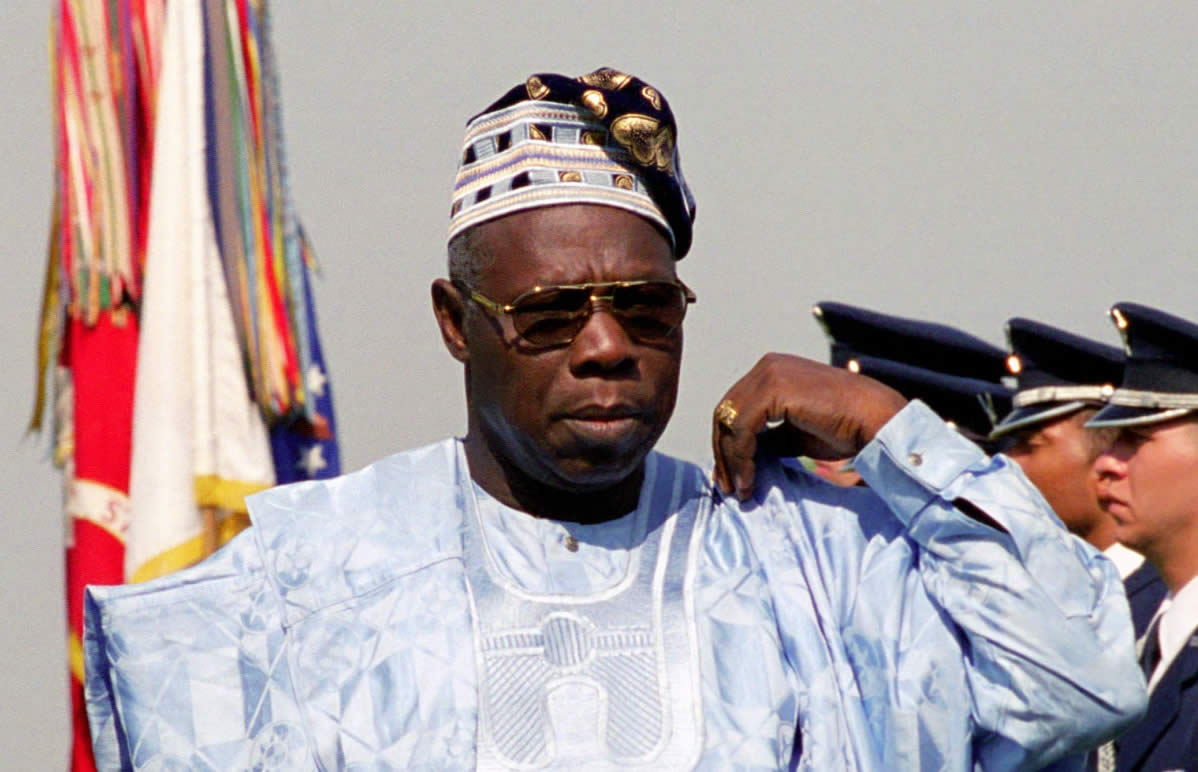 Obasanjo is most corrupt to have held office – Namdas

GongNews November 25, 2016 Featured, Politics Comments Off on Obasanjo is most corrupt to have held office – Namdas 595 Views

*We cannot join issues with him

Chairman House of Repreentatives Committee on Media and Publicity,

on Thursday lashed out on former President Olusegun Obasanjo saying he is the “grandfather of corruption as far as Nigerian is concerned.

Recall that while delivering the keynote at the first Akintola Williams annual lecture, Obasanjo claimed that the National Assembly stinks of corruption and budget padding, that President Buhari should stop blame games of past administrations and fix the economy.

Briefing journalists at the National Assembly complex, Hon. Namdas said Obasanjo has intentions of bringing down President Buhari’s led government as he (Obasanjo) is characterised of accusing everyone but himself of corruption.

Namdas said the House would ordinarily not join issues with the former president as he has held an office that commands respect and reverence, however, because of outright material misstatement of facts, lies and falsehoods, mischievous innuendo introduced in his statement we are left with no choice but to correct him.

Namdas maintained that there is no truth in the “padding” of 2016 Appropriation Act which is a legal document passed by the Clerk of the National Assembly as provided in the Acts Authentication Act and assented to by Mr President.

“Judging from the way Obasanjo talks, it is obvious he is a life time opposition leader who has never held any position before.” He was the one who introduced corruption into the National Assembly on his first day in office in 1999, Namdas added.

He claims that the National Assembly budget is high when by all standard it is grossly under funded hampering NASS from efficiently and legitimately carrying out its constitutional functions.

The committee chairman said it is unbecoming of the former president to quote figures of money that are incorrect emphasising that no member of the House of Representative collects salary of N10million every month. Salaries and allowances of members depends on the Revenue and Mobilisation Allocation and Fiscal Commission (RMAFC). However, further sum of money are spent as running cost which is the cost of running the office of a member.

A man who has so many bribe scandals to his name should not be preaching about corruption. The list of his acts while in government is endless, undoubtedly Obasanjo is the most corrupt person to ever hold office in Nigeria. He remains the grandfather of corruption and lack the morale jurisdiction to say anyone is corrupt.

Nigeria's most authoritative online newspaper with a deep reach for the Defence of the truth at all times.
Previous Tiers of govt gets lower revenue for November
Next Is Nigeria like a knocked engine? Part 2