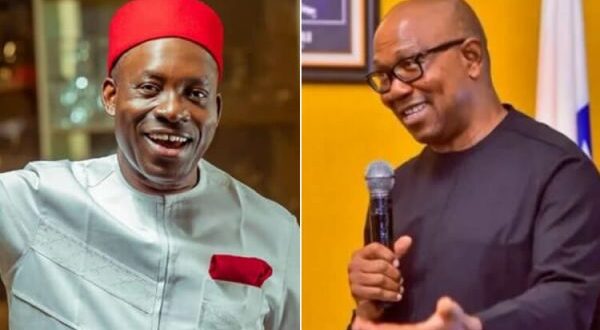 Soludo spoke on Thursday during an interview on Channels Televisions

Obi, the presidential candidate of the Labour Party (LP), served as Anambra governor three times between 2006 and 2014, due to a plethora of legal battles engendered by impeachment and issues on election schedule.

Ahead of the 2023 presidential election, the investments made by Obi when he was governor on behalf of the state have generated debate on social media.

The former Anambra governor, in an interview in 2018, had said he invested $20 million in International Breweries on behalf of Anambra state while he was governor.

During the Thursday interview, Soludo was asked about the value of investment made by Obi on behalf of the state.

“There was something I read about somebody speculating about the value of whatever investment. What I have seen today, the value of those investments is worth next to nothing,” he said.

Soludo, however, did not specify if the investment in reference was that of International Breweries.

Speaking further, the Anambra governor said he would rather invest in infrastructure that will better the lives of his people than in a private company.

“First of all, you have to rebuild the public infrastructure, that is building the future,” he added.

“We are investing in our schools, hospital. We are creating Anambra as Africa’s leisure entertainment hub; modernising our cities; embarking on urban regeneration; giving our people light so that they can have quality air to breathe; controlling pollution, and dealing with flooding and erosion.

“I’m not going to leave those and say I’m saving money to go and invest in a private company.”