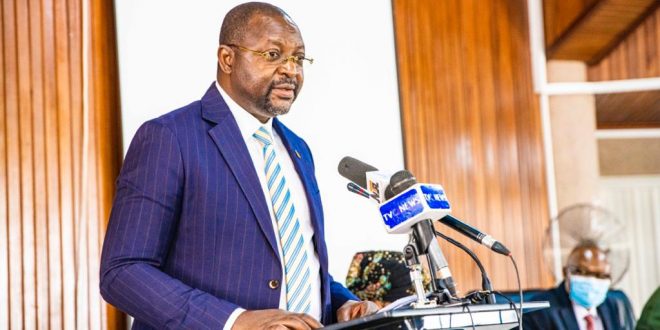 By Olayinka Elebute And Oluwole Francis
Hon. Olumide Osoba on Tuesday disclosed that a Technical Committee has been set up to investigate the activities of Federal Ministry of Sports on the failed doping test by Nigerian Athletes at the just concluded Olympic Games in Tokyo.
Hon. Osoba disclosed this after a closed door meeting held in his office – Room 1.57 with the Minister of Sports and Youth Development, Mr. Sunday Dare, after which the Minister refused to respond to questions on the outcome of the meeting.
According to him, the report of the Technical Committee chaired by the Deputy Chairman of the House Committee on Sports, Hon. Rauf Modibbo is to be submitted alongside the Committee set up by the Ministry.
According to him, the Minister of Sports and Youth Development is expected to appear before the Committee in two weeks.
“Let me explain how the parliament works, a motion was moved and the committee was directed to investigate what exactly happened. Now the Committee needs all the information to be able to do its work.
“What we have done is that a Committee was set up to look into the events that happened and I have discussed with the Ministry that we said that we want the report of that Committee with the report of our Committee, members would go through both reports and then we would call the Ministry back and the Committee and some athletes and we would now have a proper interactive session with them.
“We want to do a thorough job, so we need all the information about what exactly transpired. We don’t have to do a rushed job that would not be thorough.
“In two weeks’ time, they are coming back, when enough information would be with the members so they can actually do a thorough job. We would not start an interactive session without all the information.
We don’t what to do a shoddy job. In two weeks’ time all of you would be invited when they would appear in front of Parliament.
No fewer than 10 Nigerian Athletes, including the highly rated Blessing Okagbare, who had made the country proud at various international competitions were barred for failing to meet requirements for out-of-competition drug testing.
According to him, the Athletics Integrity Unit via a statement, alleged that Blessing Okagbare, who won her opening heat of the Women’s 100 meters earlier, had tested positive for human growth hormone.
Share