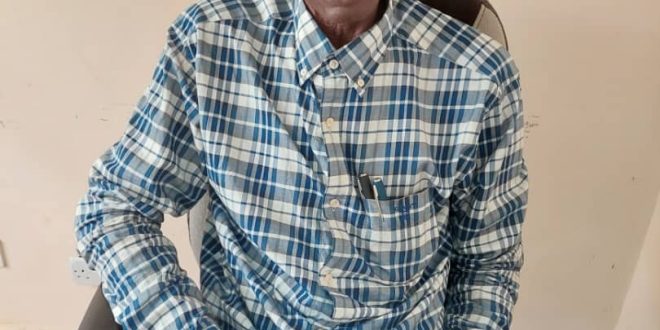 Editor1 March 8, 2022 Sports Comments Off on Only Sports Ministry Has The Right To Resolve NBBF Crisis—Ex NBBF Board Memeber 40 Views

Former board member of the Nigeria Basketball Federation NBBF Alhaji Mustapha Liman has lauded the initiative of the Federal Ministry of Youth and Sports Development in tackling the leadership crisis rocking the NBBF, insisting that the neutrality position of the sports ministry is the only panacea to resolving the lingering leadership tussle.

Liman told journalist in Abuja on Tuesday, that the problem of the NBBF local and hence local approach should be employed in resolving the issue, while noting that some selfish Nigerians have decided to use FIBA as a pawn in escalating the crisis.

The former basketball player and coach admitted that that the game of basketball in Nigeria was been killed by those who took charge of the in administering the slam and dunk game 5 years ago, he insisted that fresh and young minds should come on board to salvage the game.

“What is happening in Nigeria basketball is so sad, but I am happy that the Ministry is taking the right decision, from all indications; the ministry has showed that they are neutral.

The best thing to do now is that the Ministry should organise a fresh election by using their guideline as applicable to other federations; and not the satanic document they are calling consistuition…..Engr.Musa Kida has been on the board of NBBF since 1997, he is the longest serving board member but unfortunately with nothing to show.It is very sad what happened 5 years ago when the game was hijacked. They killed the league and they started depending on foreign players.” Liman stated.

The former Niger Potter coach queried why Engr. Kida has not settled the allowances and bonuses owed the D’Tigress, despite interventions from the Sports Ministry and the National Assembly after the international embarrassment his action brought to the country.