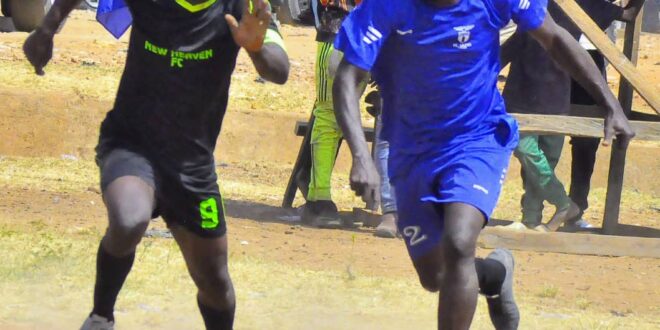 Advance FC of Kebbi State defeated Nuwalege FC of Cross River 4-1 on penalties to advance to next stage of the maiden edition of Ote4Wealth Football Tournament holding I. Abuja.

Playing the first match of the day on Saturday, both teams needed the lottery of penalty shootout to determine the winner after a scoreless regulation time

In the second match, Golden Stars of Rivers State defeated Sports Dreams 3-0 to progress to the next stage.

The 3rd match of the day, a South-East derby between Lazio FC of Enugu and New Heaven FC of Ebonyi State ended 0-1 in favour of the latter.

The Ote4Wealth Football Tournament holding at the Water FC Stadium, Apo Abuja is in in honour of Diamond Jubilee celebration of Nigeria’s foremost philanthropist and Business mogul, Femi Otedola Femi Otedola who clocked 60 on November 4.

Results Of Matches so far: