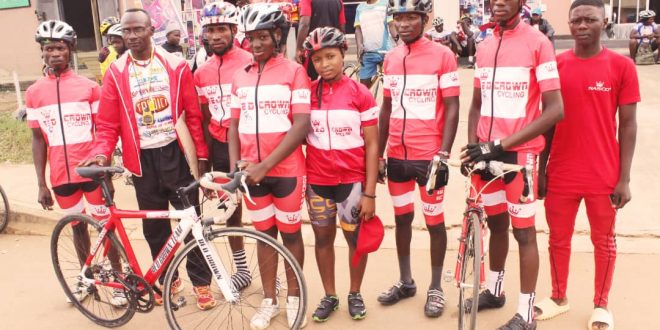 Our Cyclist Are Going No Where….James Amidu.

Editor1 September 30, 2021 Sports Comments Off on Our Cyclist Are Going No Where….James Amidu. 286 Views

The Chairman of Plateau State Cycling Association, Mr. James Amidu has declared that unlike before where the association trains cyclists and they move to other states, the association under his watch will henceforth ensure that its cyclists remain in the state.

Mr. Amidu made this declaration at the opening ceremony of the Red Crown Cycling Talent Hunt in Jos, the Plateau State capital. 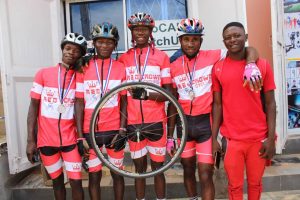 It will be recall that Red Crown Cycling Club is owned by NASCO Group and they are sponsor of the 3 day competition.

Why declaring his association resolve on the way forward for cycling in the state stated that the association, “we will train Individuals and retain them, we are going to seek for collaborations with the cycling clubs in Plateau State” he said.

Declaring the competition open, Mr. Amidu appreciated the cycling clubs that came all the way from Abuja and Nasarawa State and urged them to take the competition serious. 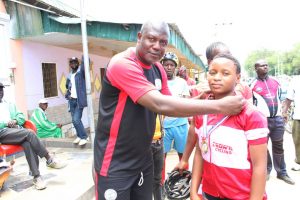 “I just want thank you all for attending and participating today, I urge you to take it with all seriousness because it’s a talent hunt that one of the clubs under Plateau state Cycling association is organizing.”

“We thank God that we’ve gotten nothing less than 6 to 7 clubs, after now we are going to meet with them so that we will have a formidable  team on the Plateau.

“ We can go to any of the club that are under the  association when we have a Tournament outside Plateau State and Outside Nigeria that would compete for us”;

While thanking the State chief coach and crew that work to see to the successful hosting of the competition, Mr. Amidu told the cyclist that they are all winners for attending the competition.

“I want to use this opportunity to thank the crew members, the chief coach of the state that has been working effortlessly with his team.”

“For us to have these young ones to compete in this event, our hope and trust is as we continue to discover them so that they will be useful to the state, to themselves and family. I want us to work as a unit as everyone here is a winner even if you don’t win a Medal”. 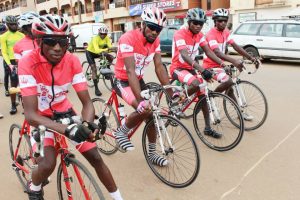 Day one of the competition saw John Emmanuel of Red Crown Club winning gold in the 8km time trials in the U20 category, with Dung Joseph of Yan Haya Club Jos and Musa Yusuf of ABC Club coming second and third respectively.

Previous I Am Eligible To Vote….Oladipupo
Next Federal High Court Restrains Ministry of Sports From Conducting Election