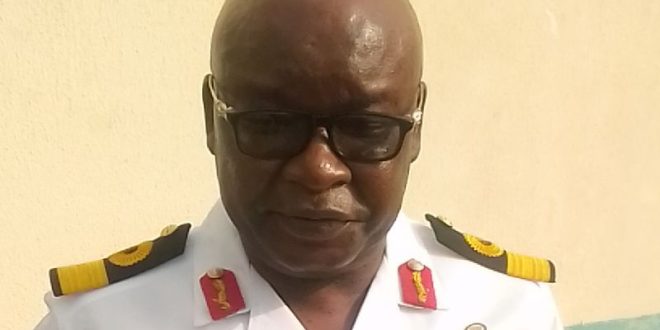 Our Vision Is To Reposition Sports In Nigeria–Pindar

Editor1 May 18, 2022 Sports, Uncategorized Comments Off on Our Vision Is To Reposition Sports In Nigeria–Pindar 42 Views

The Coordinator of the Chief of Naval Staff (CNS) Spikers,Alli Pindar said our vision is to reposition their stand in volleyball and sports in Nigeria.

Pindar disclosed this to Journalists on Tuesday after wining their fifth games against Olalomi Royals of Offa 3-0 at the Moshood Abiola National Stadium in Abuja.

He commended his players for making Chiefs of Naval Staffs proud in the first phase of the league.

“Our teams have been performing well in the games and we emerged victorious.

“We came into this competition fully prepared with the female team, they have topped the first phase of the league after winning all their five matches.

“They remained unbeaten in the league, they have made us proud, the success was due to hard work and motivation.

He said the team is well motivated adding that they have been in camp , training and preparing for all the competitions.

Pindar who is also the chairman of the FCT Volleyball Association said the team will represent the country in African Women’s Volleyball Championship in Tunisia.

The Chief of the Naval Staff, Vice Admiral Awwal Gambo has approved our participation in the National League.

“He is also sponsoring our movement to represent Nigeria in Tunisia for African Women’s volleyball championship.