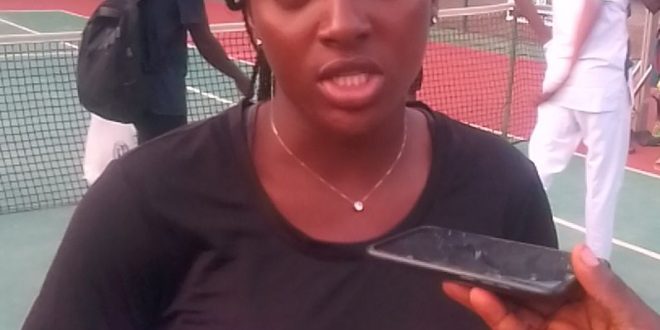 Third seed and former Nigerian number one female
tennis player, Quadri Oyinlomo has emerged winner of the 2nd edition DavNotch national tennis open championship.
She did so by humiliating second seed Aanu Aiyegbusi 6/0 rtd in the final decided at the MKO Tennis Center.
The deafeat was aided by health condition of Aiyegbusi who complained of stomach upset.
Reacting to her victory, Oyinlomo who expressed her happiness said she won due to her mental fitness as her physical fitness was not 100 percent.
“I am just trying to come to the local scene after some time out playing only international Tennis by prioritising the events I attended.
I also had about 7months of injury lay off,” she said.
Oyinlomo explained that her focus is to return to the top and establish herself as the country’s leading player.
She described her toughest match in the championship as the semifinal tie against rival Marylove Edwards her doubles partner.