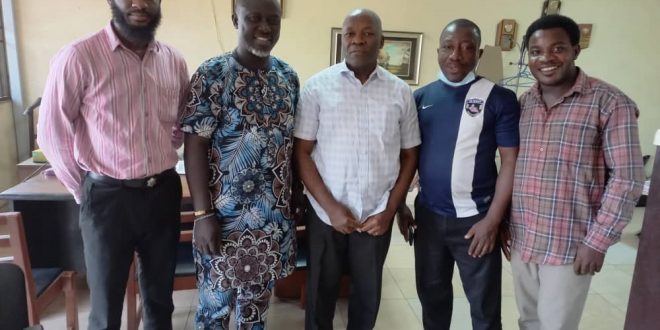 The Honourable Minister of Sports and Youth Development Chief Sunday Dare will be honoured in his home state, Oyo, on Monday as the 2021 edition of the annual Week of the Sports Writers Association of Nigeria, Oyo State Chapter kicks off in Ibadan

The Minister, who is to declare the SWAN Week open at the NUJ Press Centre, Iyaganku, Ibadan, will be conferred with an award of honour at the event in appreciation of his valuable contributions to the development of Sports in Nigeria.

According to a press statement, issued by Oyo SWAN Chairman, Niyi Alebiosu and the Association’s Secretary, Adewale Tijani, the opening ceremony of this year’s Oyo SWAN Week will also feature a lecture titled *’Taking Nigeria Sports to the Next Level Through School Sports Reform’* and will be delivered by the President, School Sports Federation Mrs Olabisi Joseph.

Aside the lecture, other programmes lined up for the Week, which holds between 13th and 19th of December 2021, will include table tennis tournament, five -a- side football competition and a dinner/award nite, where other eminent Nigerians will also bag awards for their supports to the society and Oyo SWAN as a body.

The dinner/award nite, rounding off the weeklong celebrations, will come up on December 19 at Joy-Bam Hotel and Suites, Orita Challenge, Ibadan.