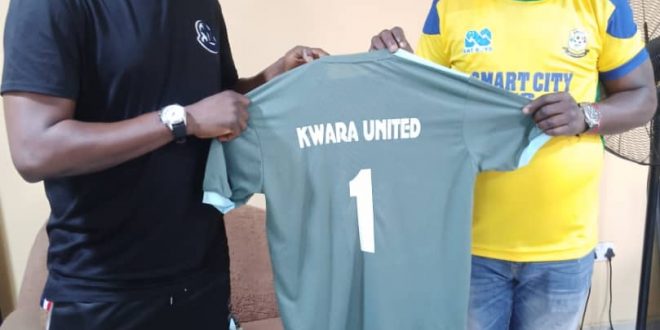 The Chief Executive Officer of Smart City Academy, Lagos, Adeboye Adeyinka, has said the recent partnership between his academy and Nigeria Professional Football League side, Kwara United, will bear good fruit for both sides.
The two football sides signed a partnership in Lagos during the week, a partnership that will see the Academy providing players for the Ilorin-based team.

Adeyinka, who is also the Senior Special Assistant on sports to the Lagos State governor, Babajide Sanwoolu, said the current board of Kwara United, led by the chairman, Kunbi Titiloye, and the General Manager, Bashir Badawiy, always believe in grassroots and with his academy having young footballers, the sky will be the starting point.
“I give thanks to God for this lovely partnership, Kwara United have been a strong team, a respected team not only in this country but in the whole African race,” he said. 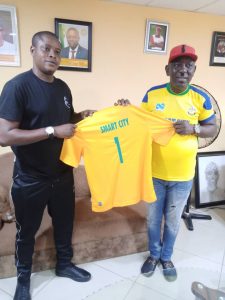 “This is going to be the first of its kind, a premier league team a respected team partnering an academy team which is lovely and it goes a long way for other clubs to see, it shows that synergy, the love between Kwara United and Smart City of Lagos.

“You see we (Smart City) are just three and a half years old now and I can tell you authoritatively that the academy was able to play back-to-back in the final of the Lagos State FA Cup, being the first academy in Lagos state to reach that stage, secondly Smart City became the first academy team in the history of football in Nigeria to play at the National AITEO Cup quarter final, beating the likes of Enyimba, Shooting Stars and a lot of clubs two years ago.