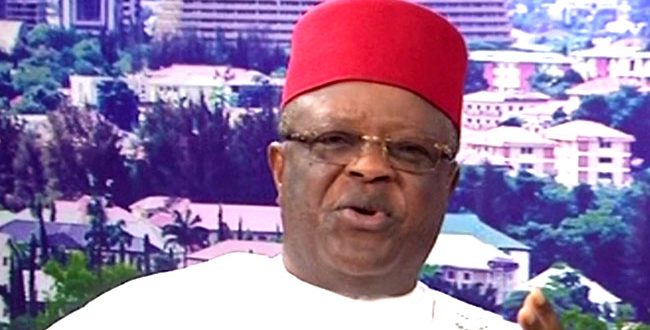 Editor1 May 29, 2022 Politics Comments Off on PDP Presidential Primary: I Will Defeat Atiku – Umahi 133 Views

Ebonyi State Governor and All Progressives Congress, APC, presidential aspirant, Dave Umahi has boasted that he would defeat the Peoples Democratic Party, PDP’s Presidential candidate, Atiku Abubakar in the 2023 polls.

The Governor whose APC party has again postponed its national convention, can only challenge the PDP candidate, former Vice President Atiku Abubakar at the 2023 presidential election if he emerges the APC standard bearer.

Governor Umahi told the national leaders of the media unions, that he stands shoulders high, above every other presidential aspirant and candidate, in terms of his pedigree and credentials.

The NUJ president Chris Isiguzo, wants the electorate to assess and consider the track records of all aspirants and candidates in determining who to vote for in the coming general elections in the country.

Isiguzo praised the Governor for what he says is the setting of a template for enduring governance through the projects executed by his administration.