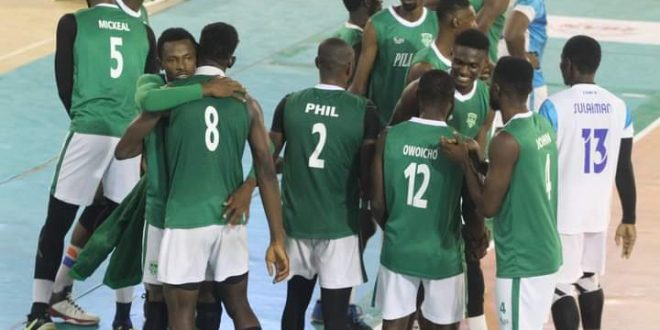 Five times  Nigeria Professional Football League champions, Kano Pillars has added another feat to their growing trophy cabinet after they were  crowned champions of the 2021 Presidential Cup after a 1-1 draw with Akwa United on Sunday.

The Kano warlords  finished the invitational tournament with seven points in three matches, winning two games and drawing the last game, The 2018 Aiteo Cup champions  defeated Lobi and Sunshine Stars before a 1-1 draw on Sunday night at the Moshood Abiola Stadium Abuja.

Returnee home boy Ezekiel Bassey had put  Akwa United ahead with a beautiful scripted midlfield moves to scored in the 22 minutes of the game,  before Mustapha Jibrin benefited from a counter attack when Akwa United fail to convert their begging chance in the  82nd minute to level scores for the Sai Maisugida travelling fans in the newly refurbished Moshood Abiola stadium in Abuja.

Speaking after the game, Chairman of the club. Alhaji Yahaya Surajo Jambul, said the team has only demonstrated what the club believed in which is to always win every tournament they participate in.

“We are just to focus to win and our target for the new season is to win the 2021/2022 season that is kicking of  these weekend” the chairman said.

Speaking in the same vein, returnee Nigerian international goalkeeper Akpan Bassey, said he join the team to add more to his trophy cabinet and now with my first outing with Pillars we emerged the Presidential Cup winners, so you can imagined what I stand to gain playing for them these he echoed.

2021/22 NPFL season begins next Saturday December 17, 2021, and  Akwa United will take on  Kano Pillars on Monday at the Godswill Akpabio International in Uyo by 4 Pm.