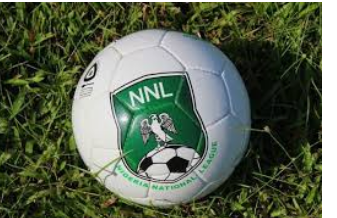 Plans to give Bendel Insurance one of the promotion tickets in the Southern Conference has been exposed.

Checks by this reporter showed that Ibrahim Gusau, a Nigerian Football Federation (NFF) board member has allegedly concluded plans to use his position to force referees on the Nigeria National League (NNL) management.

Initially, Center referee, Abdulsalam Kazeem who hails from Zamfara State was not the one assigned to officiate the match, until this (Saturday) morning when Gusau allegedly forced him on the NNL.

The instructions according to our source were to frustrate Remo Stars in their final Group B match against Bendel Insurance at 3 pm inside the Nnamdi Azikiwe Stadium.

The source added that Abdulsalam Kazeem was chosen following the ‘good job’ he did for Bendel Insurance in the Group B opener against Shooting Stars.

Remo Stars and Shooting Stars are first and second on the group B table with four (4) points each.

For Bendel Insurance to qualify, the Benin Arsenal need to win by a 2 goal margin which is the main assignment the centre referee is told to go and do on the pitch.

It took the intervention of good samaritans who wrestled and rescued the match officials from been beaten blue-black by Insurance fans and some management staff.

Many followers of Nigerian football who woke up Saturday morning to read the punishment meted on Bendel Insurance have been disappointed and concluded that the management has a hand in it.

Previous Restrains Him From Convening Meetings
Next Gombe United And Niger Tornadoes Returns To Premier League.