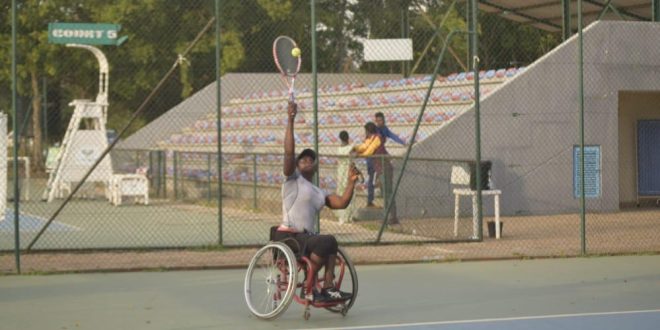 Nigeria’s Adewale Alex and Yusuf Wasiu will on Saturday clash for the title of the men’s singles at the ongoing 2021 PUMA Engineering International Wheelchair Tennis Championship.

Alex cruise past Ukari Teriumun 6-1,6-2 in the first semifinals match played at the National Tennis Complex of MKO Abiola National Stadium, Abuja on Friday to book his final ticket with Wasiu who earlier ended Akanbi Kazeem’s campaign with 6-2, 7-5 victory. 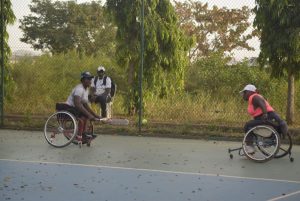 After countless matches both Nwaozuzu Grace Chituru and Omisore Kafayat will play the most important match of their career In the women’s singles final.

Chituru dusted off Shodeinde Foluke 7-5, 6-1 in the semifinals while Kafayat also humbled Oluwasegun Kemi 6-1, 6-0 to set up a titanic final showdown.

In the doubles events, the duo of Ndenga Jane and Sururu Mohammed booked their final in the women’s game after they edged Dawodu Susanna and Nwaozuzu Chituru 6-1, 6-2 in the first semifinal and will now await the winners between . Oluwasegun Kemi, Omisore, Kafayat and Masika Phoebe, Shodeinde Foluke after the match was abandoned.

In the men’s event, the pair of Bankole Alani , Yusfu Wasiu and Akanbi Kazeem, Ukari Terlumun will complete their semifinal game on Saturday morning following the abandonment of the game.

Also, Mende Wilson, Mohammmed Audu semifinal clash against Adewale Alex, Idowu Ajani, which was abandoned by official due to the weather, will take centre stage before the grand final.

Previous Wheelchair Tennis Has Come To Stay In Nigeria–Ndanusa
Next J5 Tennis World Tour: Marylove, Comfort In Epic Semifinal Battle As Winners To Emerge In Doubles Events On Saturday