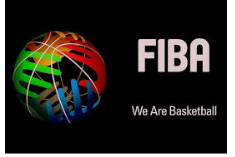 Purported FIBA Letter:A Slap On The Face Of The Federal Government Of Nigeria

Editor1 March 10, 2022 Sports Comments Off on Purported FIBA Letter:A Slap On The Face Of The Federal Government Of Nigeria 24 Views

Basketball players have rejected and condemned the attempt by some individuals, whom they described as selfish to arm twist the Sports Ministry to do their bidding;this follows a purported letter written by the world governing body of basketball,FIBA acknowledging the election of Engr.Musa Kida as NBBF President.

The said letter dated March 7th, 2022; also listed and congratulated some associates of Engr. Kida as duly elected officers of the NBBF.

Reacting to the purported FIBA’s letter,the players in a statement signed by the NBBF Players Representatives,Stanely Gumut queried the change of the agreed channel of communication between FIBA and the NBBF.

“Our attention has been drawn to a letter, purportedly written by the Federation of International Basketball Associations (FIBA), acknowledging one Engr. Musa Kida as President, of the Nigeria Basketball Federation (NBBF), at a said election that took place in Benin, Edo State, on January 31st.

Having perused this phantom letter, as critical stakeholders of Nigerian Basketball, laid it side by side with the undiluted facts of the NBBF elections of January 31st, 2022 which happened in Abuja, it has become pertinent and imperative to clear the air regarding the antics of some selfish desperate individuals who are hell bent on trading Nigeria for their personal gains; by attempting to bully and arm twist the Sports Ministry to do their bidding.

These selfish schemers were betrayed by their desperation, to the extent that they forgot that FIBA in 2017 made it crystal clear in correspondence to the NBBF that its only means of communication with the federation is <nigeriabballfederation@yahoo.com>.

That agreed, how and why did FIBA address the purported letter to Kida’s personal email?”The statement queried.

The statement also accused FIBA of fuelling the crisis in the NBBF,stating that FIBA and some individuals in Nigeria have been holding the country to ransom since 2017;an action they described as a slap on the face of the Federal Government of Nigeria.

“To set the records straight, FIBA has been part of the crisis bedeviling the NBBF since 2017, by supporting these individuals who have over years escalated the leadership crisis using FIBA and its agents to hold the sovereign state of Nigeria hostage, an action which Nigerian Basketball Players detest, and see as a slap on government of the Federal Republic of Nigeria.

For the avoidance of doubt, the Federal Ministry of Youth and Sports Development, is the only recognized custodian of sports in Nigeria. In discharge of its statutory duties, it started the process of reconstituting boards of sports federations, under its watch, and that included the NBBF.

The process, which began officially in September 2021, was driven by the guidelines released by the Sports Ministry, and it resulted in my emergence as the Players’ Representative. Other officers were likewise elected into the NBBF Board via this same process.

The Ministry thereafter issued a directive, through the federation in a letter referenced NBBF/CESG.83/2022/Vol.1/127, and dated January 17, 2022 with: *Notification of Nigeria Basketball Federation Elective Congress, * as the subject.

This gave credence to the elections held on January 31st, in Abuja. Until that fateful date and even now, there’s being no counter directive, regarding date and venue of the NBBF elections.”The statement added.

The statement concludes by advising the Federal Government to deal with these individuals, who have brought Nigeria Basketball to stand still just to satisfy their desires.

“Aside this election, other steps taken by these individuals to ridicule Nigeria as nation and government should not be taken lightly by the Nigerian authority, as these embarrassments are now a reoccurring decimal.

The decision by FIBA Africa to bar Nigeria’s representative, Rivers Hoopers from participating in the second edition of the Basketball Africa League, was instigated by these folks; and the indiscretion that apparently provoked the protest by the D’Tigress over non payment of their allowances are few examples.

As categorically stated by the Minister of Sports, Mr. Sunday Dare, no constitution or individual is bigger than Nigeria; on this declaration, we stand!”The statement concludes.