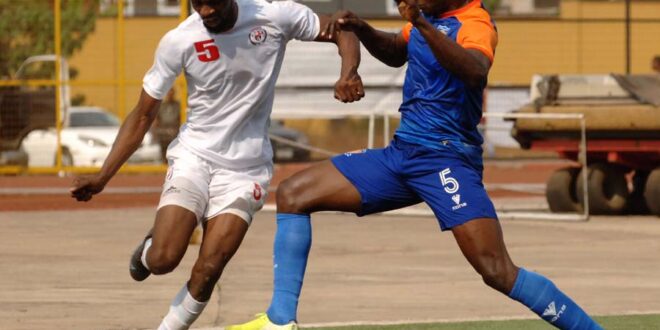 Goalkeeper, Mustapha Lawal of Sunshine Stars was the hero of the day as his team denied host’s, Rangers International F.C a deserved win in a match day 3, NPFL 2022/23 abridged season, Group B encounter at the Awka City stadium, Sunday.

Rangers had started the encounter on a bright note with coach Abdul Maikaba making only one alteration to the team that narrowly lost 1-0 to Lobi Stars, midweek, with Hadi Mohammed taking the place of Elijah Ani for his first league match for the ‘Flying Antelopes’.

Twelve minutes into the encounter, Ikedinachi Imo guided the ball into his own net under pressure from Hadi who chased down a fine cross from Austin Onyemaechi to send the fans into wild jubilations.

The visitors drew level on 35 minutes after a defensive slip exposed Rangers’ rear for a sublime finish from substitute, Ibrahim Yusuf as both sides went on the break on equal terms.

On resumption of the second stanza, coach Maikaba introduced the trio of Elijah Ani, Christian Nnaji, and Samuel Pam for Hadi Mohammed, Reuben Bala, and Shedrack Asiegbu which further pushed the visitors back into their defensive shells with Pam failing to find the target on 56 and 58 minutes with his trade mark curly shots within the opponent’s box.

On 86 minutes, Christian Nnaji failed to beat Sunshine Stars goalkeeper from the penalty spot after the referee had awarded a penalty kick for a rash challenge on Elijah Ani inside the box just as every effort to find the winner in the added-on time proved abortive as the seven-time Nigeria league champions continue to chase its first league win of the abridged league season.

Coach Abdul Maikaba in a post-match chat, said, “The home draw we had against Sunshine Stars is part of the game. It happens like that some of the time. I will say it is one important point gained as we have been working hard to improve the fortunes of our club, Rangers but unfortunately, things are not going the way we want. I may gladly accept to terminate my contract on mutual consent if really I am the problem of the club for the team to progress.”

Rangers, with a solitary point from three matches, will next play Niger Tornadoes of Minna at their adopted home ground, Kaduna, in a match day 4 fixture on Sunday, January 29, 2023. 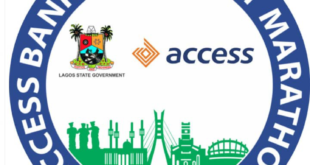