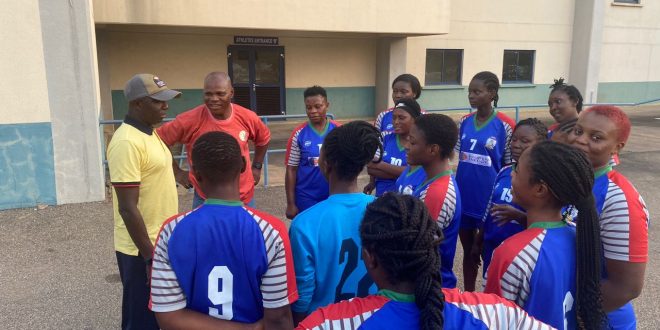 Siasia, who shows up  during the their games at the indoor sports hall of Moshood Abiola National Stadium package B Abuja on Thursday to support the Bayelsa Queens handball team.

“Handball is also sports, and so I came to support my state team. I came to encourage and support the state team in their games. 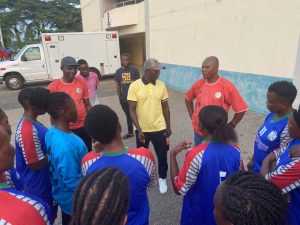 “I heard that Bayelsa Queens are playing this evening and I came to encourage them so that they will do better in their game.

“I’m known to be a football player and a coach. But on hearing that a Bayelsa team is playing and we are not many in the state, I came to encourage the team,” he told journalists.

The former Super Eagles forward however said he was not satisfied with the performance of the team but he however urged them to improve on their subsequent games in the league.

“I’m not satisfied with the performance of the team with what I have watched, even though the game is still going on.

“But if they lost 9-15 in the first half, they can come back in the second half to take the lead,” he said.

Siasia added that the team needed to work hard to win their remaining games in the league.

Baylesa Queens finally lost 20-32 to Edo Dynamos in what was their sixth game in the 10-team female category of the competition.

Bayelsa Queens, as at Thursday evening, were ninth on the league’s log with eight points from six matches, having won only one match and lost five matches.

Total of 21 teams, comprising 10 female and 11 male teams, are participating in the premier league.